When Lions Took Over A Busy Road!

Contributor Content A video going viral on social media shows four full-grown lions walking on a road, even as cars follow them slowly. ... 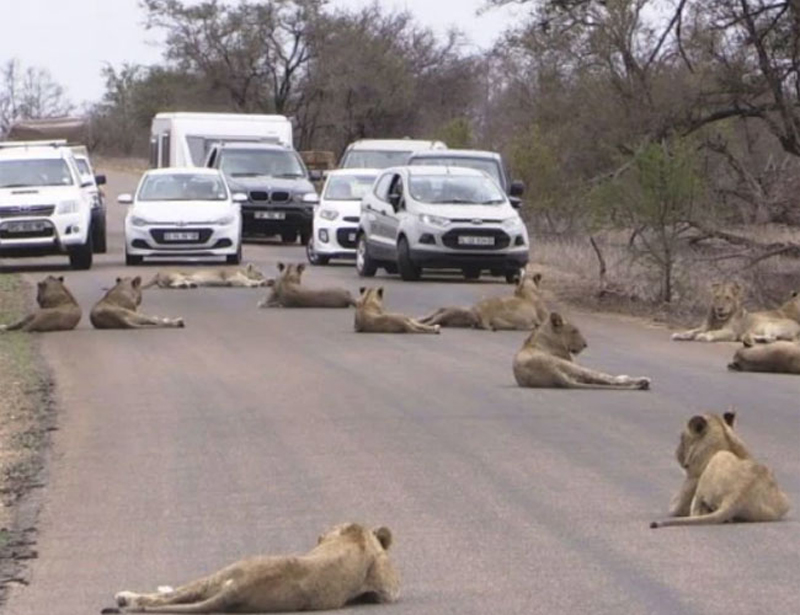 A video going viral on social media shows four full-grown lions walking on a road, even as cars follow them slowly. The scary video, first shared on Facebook by a page called 'Lions Of Kruger Park And Sabi Sand', has since gone viral with over 2 million views and a ton of shocked comments.

Shot at the Kruger National Park in South Africa, the video, just half-a-minute long, shows how the four majestic lions haven taken over the busy road. A number of cars on the road are seen slowing down or moving behind the lions. It's clear that in this episode of man vs wild, the wild comes out on top.

Since being shared online two weeks ago, the video has garnered over 34,000 'shares' and thousands of shocked as well as amazed comments.

"The elders leading the new leaders of the pride - a beautiful sight," writes one person in the comments section. "What MAGNIFICENT creatures!" says another. "Stunning but scary," a third declares.
Get breaking news and in-depth coverage at Daily News