Steve Smith - I was NOT INVOLVED in ball-tampering

Contributor Content Sacked Australia skipper Steve Smith, on Friday, revealed he was not involved in paln to tamper with the ball during... 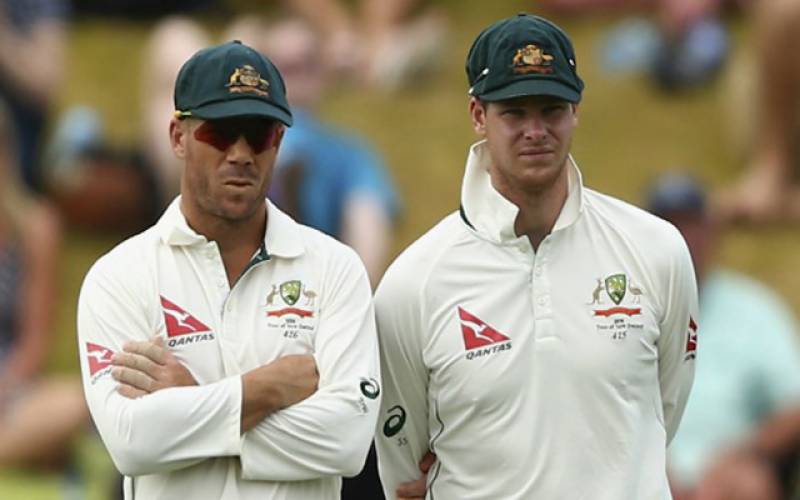 Sacked Australia skipper Steve Smith, on Friday, revealed he was not involved in paln to tamper with the ball during the Cape Town Test against South Africa but took responsibility as a leader for failing to put a stop to it.

Smith, along with vice-captain David Warner and opening batsman Cameron Bancroft, was suspended for his part in the ball-tampering incident which shocked the cricket world and torpedoed Australia's sporting reputation.

Speaking to the media for the first time since his emotional press conference in Sydney in March, Smith said he had learned of the plan when he overheard a conversation in the team's dressing room at Newlands and the 29-year-old had the opportunity to prevent the sandpaper being taken onto the field but chose not to.

"I think it's been documented pretty heavily, sort of, what went on," he told reporters at the Sydney Cricket Ground.

"For me in the room, I walked past something and had the opportunity to stop it and I didn't do it and that was my leadership failure. "It was the potential for something to happen and it went on and happened out in the field. "I had the opportunity to stop it at that point rather than say, 'I don't want to know anything about it' and that was my failure of leadership. And you know I've taken responsibility for that."

Smith declined to name the players involved but reiterated that he had told them, "I don't want to know about it," and then walked away.

Smith has kept a low media profile since the scandal, despite playing at Twenty20 tournaments in Canada and the Caribbean, and turning out for his Sydney club side Sutherland.

However, in recent weeks he has made gradual moves to rehabilitate his public image and joined his former Australia team mates at training sessions.

Meanwhile, when asked if he was thinking about leading Australia again, Smith said: "And, you know, as I said before, I think Tim Paine has done an exceptional job. And Aaron Finch taking over the 1-day side, he's had a tough start to that with the performances of the team, I guess. But, you know, if I get back and play under them, I'll do everything I can to help them out and help Australia have success.

"I just want to get back playing and try and contribute to the team as much as I can. And just help out anyone that's around. Tim and Finchy as well. So, we'll see what the future holds. But at the moment I'm just preparing to play. And I'm excited by that prospect."
Get breaking news and in-depth coverage at Daily News