Contributor Content A newly discovered worm-like amphibian that buries its head in the sand is to be officially named Dermophis donaldtr... 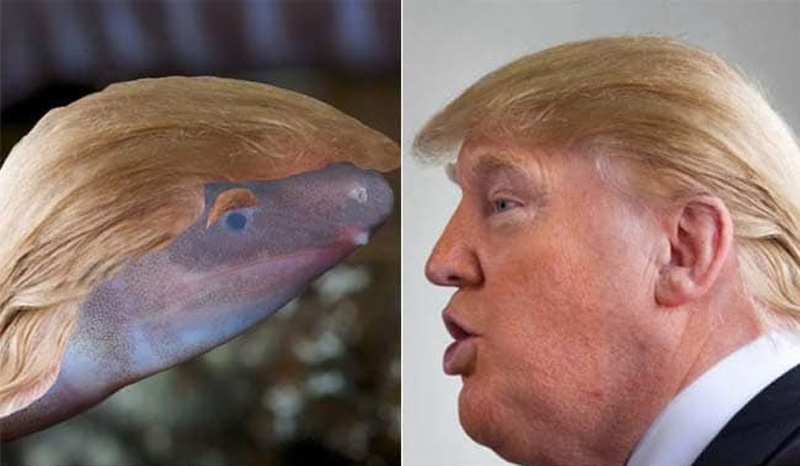 A newly discovered worm-like amphibian that buries its head in the sand is to be officially named Dermophis donaldtrumpi, in a nod to US President Donald Trump's climate change denials. According to the Guardian, this name was chosen by Aidan Bell, the head of sustainable building company EnviroBuild.

A biting post on the EnviroBuild Facebook page says that the "slimy little worm has limited vision and a skull adapted for burying its head in the ground at a moment's notice."

"Named in honour of Mr Trump's short-sighted and sluggish approach to environmental issues, it's hoped Dermophis donaldtrumpi will ensure Mr Trump's presidency is rightfully remembered long after he leaves office."

According to the Common Dreams organisation, the naming rights for the 10-centimeter creature - a Caecilian, or legless amphibian - were auctioned off in a fundraiser for the Rainforest Trust. Mr Bell, who shelled out $25,000 for the naming rights, also listed out other similarities between POTUS and Dermophis donaldtrumpi in a blog post.

"Caecilians is taken from the Latin Caecus meaning "blind", and have rudimentary eyes which can only detect light or dark. Capable of seeing the world only in black and white, Donald Trump has claimed that climate change is a hoax by the Chinese," he wrote.

He also added that the Dermophis donaldtrumpi is particularly susceptible to the impacts of climate change and is therefore in danger of becoming extinct as a direct result of its namesake's climate policies.

Mr Trump has long questioned and denied climate change. In November, he dismissed a landmark report detailing how damage from global warming is intensifying throughout the country, saying he is not among the "believers" who see climate change as a pressing problem.
Get breaking news and in-depth coverage at Daily News