© Tim Persing via Tribune Content Agency Karen Persing, of Oak Forest, shows one of the many pillow cases she has sewn for Together ...

Not one to sit still after her retirement, Karen Persing was looking for a way to give back.

So she decided to put her love of sewing to good use helping children who might not otherwise get a special holiday gift.

Persing, who lives in Oak Forest, has been teaming up with like-minded volunteers to sew pillowcases in bright Christmas colors and designs, or with Disney characters or superheroes. The pillowcases - 312 to date - will be picked up by a van from Together We Cope, where pajamas will be placed in each pillowcase to be given to children in early December.

"I was sitting here having coffee and I'm a very up person ... I was just contemplating how lucky I am to be alive, to be happy, to have a roof over my head," Persing said. "I thought, how can I share some of this luck, share with my community - with people who don't have as much as I do."

So Persing reached out to Together We Cope, a homeless prevention agency based in Tinley Park, on the advice of a friend who volunteers in their resale shop. Staff there were looking for a way to package presents and Karen suggested her pillowcases, and a partnership was forged.

She said she'd be sewing in any case.

"I make Christmas gifts for everybody in the family and I've been doing that for a very long time," said Persing. "It's from the heart and I can make unique things."

But for this project, she'd need some help. So she posted a note on social media. Three hours later, she heard back from 32 women who wanted to donate fabric or sew cases. In her post looking for volunteers, she included instructions for sewing the cases and even linked to a YouTube video explaining how. The helpers she recruited responded with lots of pillowcases.

Persing and another handful of volunteers - including her husband, Tim - spent hours making the pillowcases at her home. The fabric had to be sorted, cut and ironed.

Along with keeping them busy, making the cases also was just plain fun. J.D. Rhoades, one of Persing's longtime friends and a fellow volunteer on the project, said she was glad to help out.

"Can you imagine what kind of a mark on the memory of kids and their parents this leaves?" said Rhoades, who lives in Bolingbrook. "When you're a kid, there are things you don't forget, especially Christmas type things.

"A pillowcase doesn't seem like much, but many of them that were created are so kid-friendly ... it's going to be a happy time to go lay your head on it," said Persing.

Mandi Williams, development manager for Together We Cope, said she was delighted to hear about the project.

"Being able to provide these special items, I feel, will give these families some Christmas help, which they might not be able to have without it," said Williams. "To have something special for the holiday season makes it even more magical."

Williams said the pillowcases would be just one of the presents the agency gives to children, who, depending on need, will also receive toys, clothes and hats.
Get breaking news and in-depth coverage at Daily News 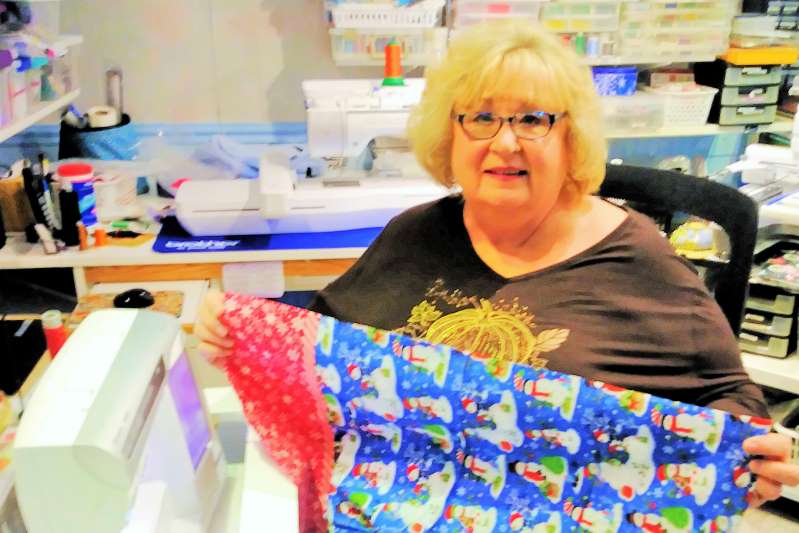