More than two decades ago, as a rookie Chicago police officer assigned to the South Side, Jennifer Maddox found herself regularly called to the Parkway Gardens housing complex in Woodlawn, mostly responding to kids getting into trouble.

"I was inside there literally every day," she said. "We saw there were no safe places, or any places, to play. They were getting in trouble because of that. They were finding their own fun."

After about 10 years patrolling the area, Maddox decided to take a side job working security in the housing complex, so she could connect better with its residents and because "it was always in my heart to go back and do something for that community."

That part-time gig led Maddox to create a space for the 1,200 kids who live in Parkway Gardens. Now called Future Ties, the nonprofit offers homework help, life-skills training, resume workshops, conflict resolution, yoga, tutoring, field trips and other opportunities. Most of all, Maddox said, it gives kids a safe place to go after school.

For her work in the community, Maddox, 47, of the Woodlawn neighborhood, is among 10 women honored by L'Oreal Paris this year as Women of Worth. The program selects women who work to inspire positive change in their communities and whose "courageous spirit and incredible strength has sparked worth within others," Karen T. Fondu, president emeritus and chairwoman of L'Oreal Paris Women of Worth, said in a statement. Each of the honoree's causes will receive a $10,000 donation.

The public can vote on the honorees through November by visiting womenofworth.com. The winner will receive an additional $25,000 toward her cause.

Maddox, who still works as a Chicago police officer in the Office of Community Affairs and is running for alderman in the 20th Ward, said she was surprised to be selected as an honoree and doesn't know who nominated her. She said she's happy Future Ties will receive additional funding to support programming for the kids.

When the program began, it was just an empty basement space, Maddox said, and even she didn't know what exactly it would become. Her main goal was to get kids off the streets and to give parents peace of mind.

"I saw how hard it was for my own boys," said Maddox, who was a working, single mom when she raised her kids, often taking them to her college classes. "They needed somebody positive to look up to every day. They needed to know that I cared about them. They just needed me period."

"I wanted to try to be that person who could help other moms going through similar struggles," she added. Her sons "were able to stay out of trouble and always had a safe place to go. I wanted to be able to give that back."

When she first started working security at the housing complex, she came across the empty basement and asked the property owners if she could use it for the kids. When they agreed, Maddox brought in tables and chairs, board games and snacks, and set it up as an after-school drop-in center.

"They started filling in, slowly but surely," she said. "Some of the kids started bringing in their homework ... and asked me to help them."

"They didn't have a computer, so I went and bought a couple computers," she added.

Maddox filled the room with some printers and provided internet access. With the nearest library more than a mile away that required crossing gang territory, Maddox said she "had to bring it to them."

Eventually Maddox took classes to understand more about the nonprofit world and about grant writing to fund the expansion of the program. In 2011 Future Ties became an official nonprofit.

Maddox said she named it Future Ties because she sees it as an investment in the kids.

"We are working with future leaders, and it takes the ties in the community to help make them successful," she said. 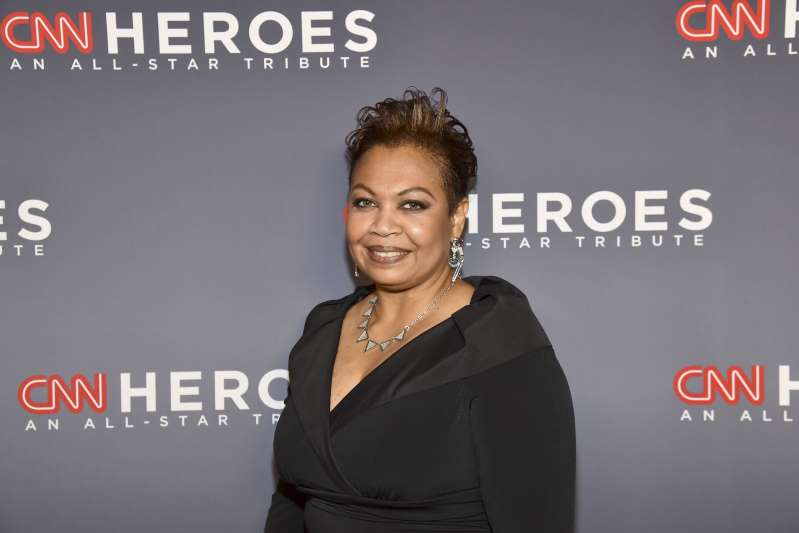