By Callum Henderson ,  vt.   We all have to use the restroom from time to time, sometimes at work or at home. But I don't think that... 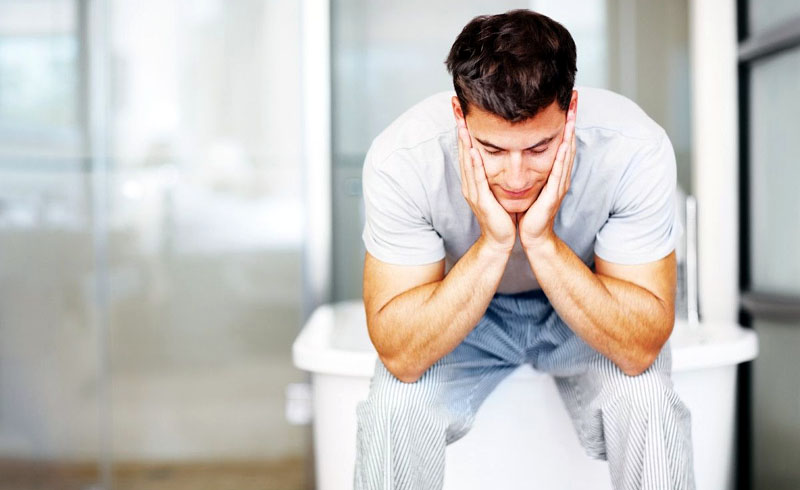 By Callum Henderson, vt.
We all have to use the restroom from time to time, sometimes at work or at home. But I don't think that most people would count using the toilet as leisure time. I mean, it's not exactly a form of entertainment to nip into the lavatory and void your bowels; and frankly, I'd be more than a little bit suspicious of anyone who thought so. However, this just goes to show how little I know, because apparently there are plenty of men out there who like to use the bathroom not to empty their bladder, but just for the sake of a little bit of 'me time.' In fact, research has now shown that men spend seven hours a year in the bathroom just as a form of escape.

Now I know what you guys are thinking: the fact that dues are apparently sneaking off to the bathroom so much must mean that they're doing something dirty in there, right? Well, get your mind out of the gutter if that's the case. The real reason is far more alarming than that. Apparently, a worrying number of men have been forced to retreat to the restroom for some peace and quiet after a particularly stressful day.

The research, which was commissioned by Bathroom company Pebble Grey, discovered via a poll of approximately 1000 men, that a large number of men are hiding in the toilet for a number of reasons, which include nagging partners, overly-energetic children, to avoid chores, and to look at their mobile phone undisturbed. This sounds like a pretty extreme measure to get some solitude. But the same researchers discovered that one in 10 male visits to the bathroom are interrupted by something anyway. Jeez; no wonder guys are so desperate to get away from it all for a while.

A spokesperson for the company stated: "We all need a little bit of time to ourselves - to take stock or switch off completely. And the bathroom appears to be the go-to place for those moments - it's very much a sanctuary, somewhere we can cut ourselves off from the outside world, albeit just temporarily. As the results suggest, peace and quiet is sacred and clearly, men take the opportunity to get this where they can - often in the bathroom."

Furthermore, an amazing 45 per cent of men polled stated that getting time to themselves is a struggle, while 25 per cent and a claimed that their partners didn't appreciate how busy their life was. Another 25 per cent of men even said that if they couldn't escape to the bathroom every once in a while then they "don't know how they'd cope," and another 23 per cent described their bathroom as their "safe place."

So next time you see a man surreptitiously heading towards the bathroom; don't think any less of him. Maybe he's just overwhelmed and could do with being left alone.
Get breaking news and in-depth coverage at Daily News