U.S. Customs and Border Protection said officer and agriculture specialists were inspecting a shipment of canned foods from Mexico at Houston Intercontinental Airport on Tuesday and discovered a can of tomato puree had irregular weight distribution.

The can was opened and a liquid substance that started crystallizing inside tested positive for methamphetamine.

"This particular seizure illustrates how well trained, experienced and committed to our mission that our CBP agriculture specialists are," Houston Area Port Director Raymond S. Polley said. "His attention to detail resulted in the prevention of over 66 pounds of methamphetamines from ending up in the hands of our community."
Get breaking news and in-depth coverage at Daily News 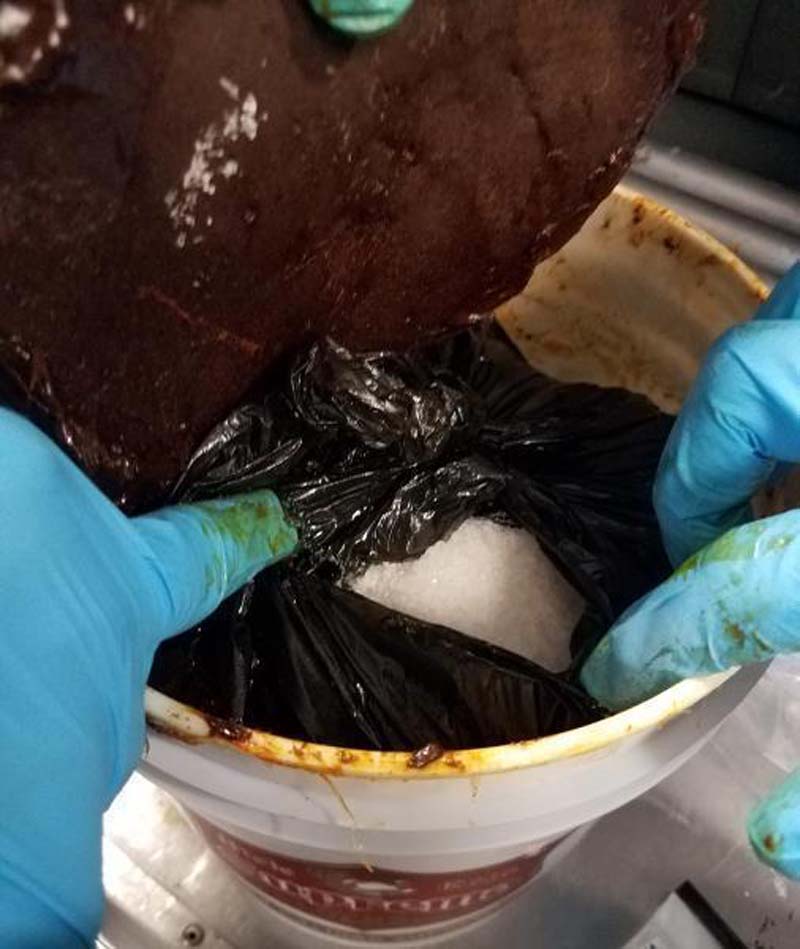