At age 11, Nia Levy already runs her own business.

Over the summer, Nia gained sales experience pushing her product at pop-up shops.

And to reduce waste, she is developing a system where customers can bring in their jars and receive $2 off refills.

"Its name is Princess Sweetheart Spa Treatments and it is for little girls," said Nia, who attends Cutler Ridge Christian Academy in South Miami-Dade, Fla.. "It's a lot of work but it is fun," she said.

Nia is taking part in the nonprofit Princess Training, a yearlong entrepreneurship program for girls age 8-18. Founded in 2016 by Miami resident Jessica Laguerre, the program offers girls the chance to develop their own businesses while gaining hands-on experience running a store.

"Princess Training is sort of Girl Scouts meets 'Shark Tank.' We create girl bosses," said Laguerre. "And it is my way of giving back."

Nia launched her product this summer and celebrated with her Princess Training cohort at a "Sparkle Sleepover," said Laguerre. "It was the pinkest launch party you ever saw."

To give the girls selling experience, Laguerre arranged for Princess Training's first outdoor pop-up shop in Coconut Grove last year. Even though it rained, they sold out in an hour and made $250.

Princess Training then began holding more pop-ups on weekends all around Miami, where the girls learned everything from invoicing to product placement to customer service as well as how to work as a team and solve problems on their feet.

Now, Laguerre is raising money for a custom "Tuk Tuk," which is like a mini-food truck and is battery powered, so that the girls will be able to easily travel around with their products.

For Laguerre, 29, the daughter of Haitian immigrants, entrepreneurship is in her blood. Her brother, two sisters, uncle and several cousins all run small businesses. She has experienced firsthand the role immigrants and first-generation Americans play in fueling entrepreneurship in this country.

Immigrants living in Miami are 58 percent more likely to be entrepreneurs than the native-born population, according to New American Economy, a bipartisan nonprofit founded by Michael Bloomberg and Rupert Murdoch.

Its report on the role immigrants and first-generation Americans play in fueling entrepreneurship in this country shows that in 2016, 40.2 percent of Fortune 500 firms had at least one founder who either immigrated to the United States or was the child of immigrants. Those firms generated more than $4.8 trillion in revenue in 2014 and employed 18.9 million people globally.

Laguerre, who sharpened her own business skills by recently completing Miami Dade College's four-month Scale Up Miami program, said she wants to do her part to make sure that immigrant and African-American communities have access to more entrepreneurial resources.

Princess Training prepares the next generation of young female entrepreneurs to take advantage of them. The girls in Princess Training meet twice per month for daylong sessions with Laguerre for life skills training and help developing their businesses.

To date, 22 girls have completed the program. So far, Laguerre and donations covered the costs and for future Princess Trainings fees for the training will be subsidized. So far, Nia and three other participants - all under the age of 13 - have founded businesses that are operational or soon will be, including a line of customized name jewelry for people with uniquely spelled names, a foundation aimed at improving the self-image of girls, and a line of specialty macaroons.

Others are on their way, including Destiny Daniels, 17, who has been teaching dance to friends and wants to start a dance studio. Longer term, Laguerre would like to partner with organizations in other cities to bring the program there.

The graduating class of girls will be "crowned" to commemorate their completion of the program and receive awards. The incoming class of students will be introduced and paired with girl alumni for peer mentorship. 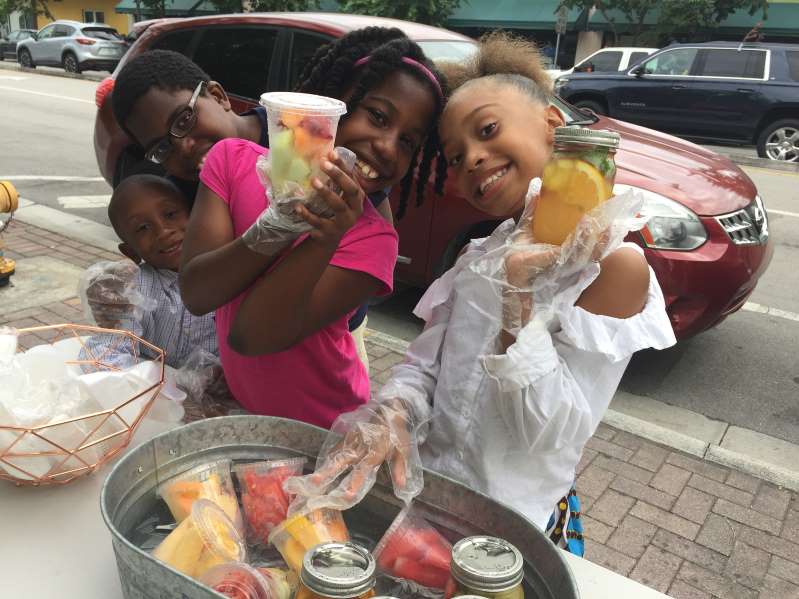