Woman's powered wheelchair died a mile from home. A deputy pushed it all the way back. 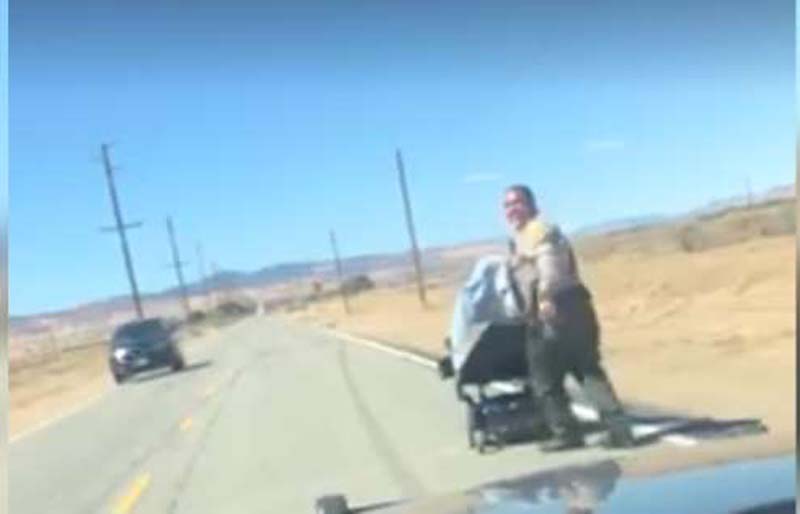 Two sheriff's deputies dispatched Tuesday to reports of a traffic hazard in Lancaster, California, found a stalled power chair in the street -- with the owner sitting in the chair, Los Angeles sheriff's officials wrote on Facebook.

The woman, described by deputies as elderly, explained that her power chair's battery had died, stranding her, according to the Facebook post.

Deputies Shane Chapman and Steven Montanez offered her a lift, but could not fit the bulky power chair in their patrol car, reported the Facebook post. But the woman was "very upset about leaving her only means of mobility behind," sheriff's officials wrote.

That's when Montanez began pushing the heavy chair down the road toward the woman's home -- a mile away, sheriff's officials wrote. Chapman, following behind in the patrol car, captured the good deed on dashcam video.

"You can pick it up," Chapman radios Montanez at one point. "We're only about one mile an hour right now."

Montanez looks back over his shoulder as the woman laughs.

"We are so incredibly grateful to all of our deputies for the work they do on a daily basis," sheriff's officials wrote on Facebook.