Woman’s mistaken call to a sandwich shop saves her brother

Lisa Nagengast’s plane touched down in Tampa on Saturday evening, and the first thing she did before getting out of her seat was listen to her voice mail. That was when panic set in.

It was her brother, Greg Holeman, an Army veteran, whom she had just returned from visiting in Nebraska following his back surgery. He was in extreme pain, something was wrong with his incision site, and he couldn’t feel his left leg, he said. He was alone with no one to call for help. He couldn’t afford a taxi, and he didn’t know if his veteran’s insurance would pay for an ambulance.

“I’m going to drive myself to the hospital,” Holeman, 48, said on the voice mail.

Nagengast immediately called him back and forbade him from driving. Give me the name and number of your social worker, she said, and I’ll call her and she’ll send help. He dictated a number for Pam, his social worker, and Nagengast, 50, wrote it down on a napkin.

She dialed Pam as she started walking off the plane, where there was a lot of background noise.

When someone answered the line, Nagengast quickly and forcefully explained who she was and that her brother needed a ride to the hospital. He didn’t have money for a cab, and there were no ride-sharing services in his small town of Columbus, Neb.

“Let me get my manager for you,” the voice on the other end said.

When the manager picked up, Nagengast repeated her story. “I need you to help me. If you need me to pay for it, I will. We have to get this done.”

The manager said that he had some drivers and that he could send one to help her brother. He’d call her back in 15 minutes.

By then, Nagengast, an IT consultant, had walked her way through the airport and into her husband’s waiting car.

“Was I mean to him?” she asked her husband. She felt extra pressure to help her brother, she said, because both of their parents and their sister were deceased, so the two siblings had only each other for support.

Her husband assured her that, no, she wasn’t mean, she had merely conveyed that it was an emergency.

A few minutes later, Nagengast’s phone rang, and a man identifying himself as Zach said he was ready to take her brother to the hospital. He just needed her brother’s name and address, he said.

“Don’t you have it in his file?” Nagengast snapped at him incredulously.

Nagengast was silent for a moment.

“You mean, like, the food place Jimmy John’s?” she asked, realizing that she must have dialed the wrong number.

Zach confirmed that she had called the sandwich chain, not Pam, the social worker.

Zach, whose last name is Hillmer, assured her it was no problem.

“I’ll take your brother to the hospital,” he said. “You just need to give me his name and address.”

Hillmer, also a military veteran, is familiar with post-traumatic stress disorder and asked whether Holeman would be okay getting into his car.

“I will call him and make him get in the car with you,” she said.

Thirty minutes later, Nagengast called her brother’s phone, and he confirmed that he was at the hospital. It turned out that his bandage needed changing and his medication an adjustment. He went home later that evening in a cab — which the hospital paid for.

Jason Voss, the 19-year-old Jimmy John’s manager with whom Nagengast spoke, said it was pretty clear she had no idea she’d misdialed.

He said he was making sandwiches that evening when his girlfriend, who also works at the shop, answered Nagengast’s call. Confused, she handed him the phone and he listened to Nagengast’s story.

“I was pretty sure she had no idea it was Jimmy John’s,” Voss said. “I didn’t think I needed to say anything. It didn’t seem relevant at that moment.”

He said he listened to her story and could hear the desperation in her voice and thought he could be of service.

“Somebody needed help, and I got on it as quick as I could,” Voss said. “I was going to go myself, but I was manager and I didn’t think that was the best option.”

Since local media reported the story, Voss said he has been interviewed several times, including on live radio.

“I feel like stuff like this happens all the time, and it’s interesting people are taking an interest in it now. People feel like they need something, anything good right now,” he said. “Something like this is really small, but if it helps people, that’s good.”
Get breaking news and in-depth coverage at Daily News 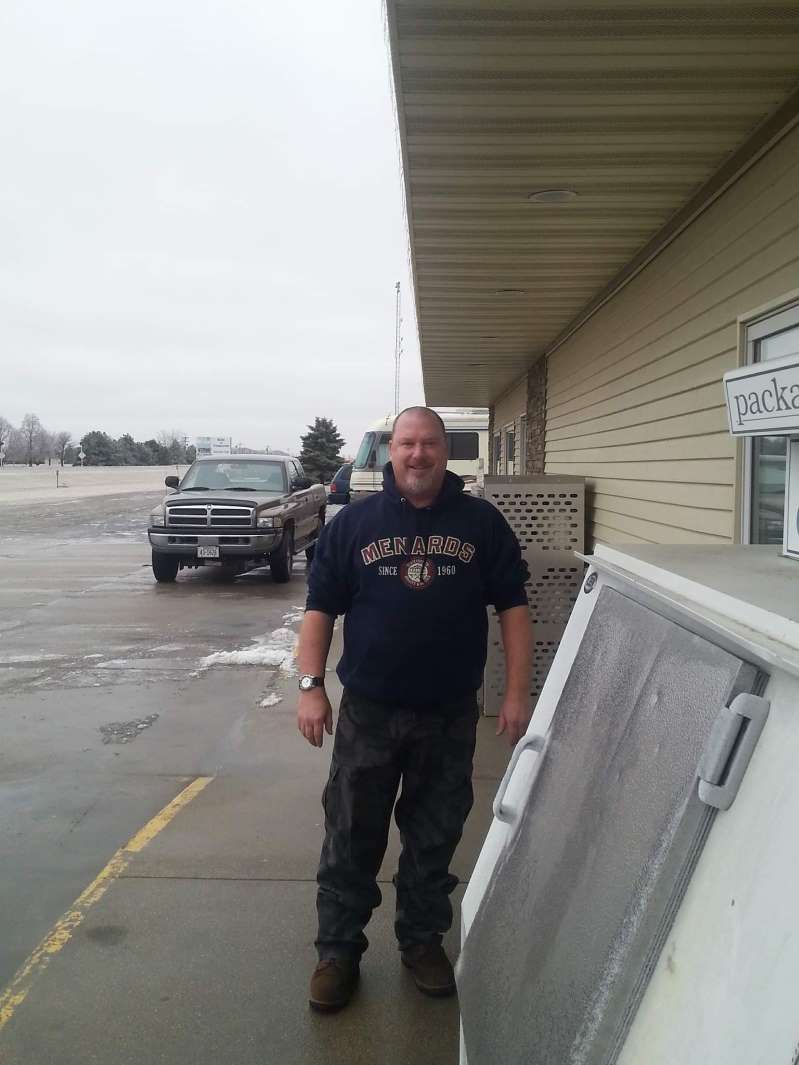