A National Lottery player in Ireland won a top prize from a scratch-off card just five months after winning the same prize from the ...

An Irish woman won nearly $58,000 just five months after she won the same amount from the same scratch-off lottery game.

The National Lottery said the Wexford woman claimed a $57,884 jackpot from an All Cash Platinum scratch-off game a mere five months after a ticket she bought in April earned her the same prize.

Both tickets were All Cash Platinum games and both were purchased from the Kiosk store in Enniscorthy.

"It's amazing. I really cannot believe it!" the winner said. "I bought a few things for the house with the last win and still have a huge chunk of it left. So this win will allow us to share it out among the family!"

The woman said she was at the Kiosk recently when she decided to test if her luck was still holding.

"I just cannot believe that it was another winner! My husband is claiming that he has lucky hands as he scratched both cards but I told him that it's my feet that are lucky as I was the one who walked to the shop to buy the cards when I was out!" she said. 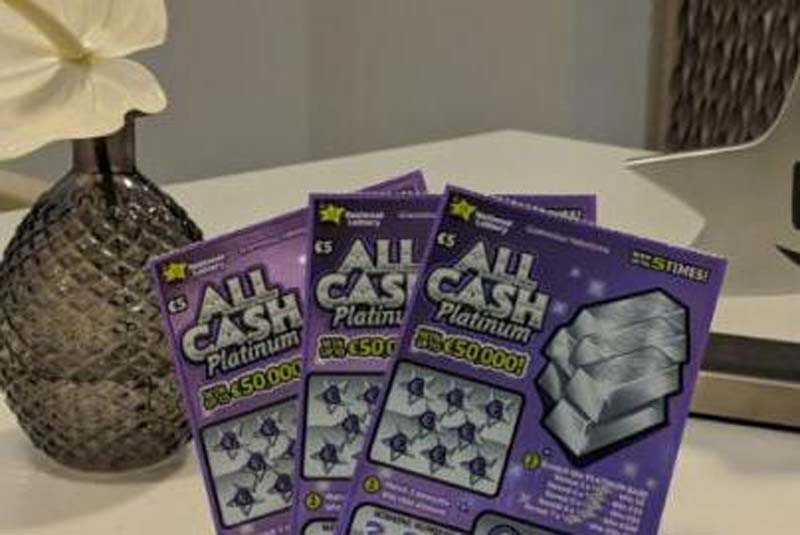