By Daily News Staff Mike Roman, a teacher from New Jersey, recently got his five minutes in the internet spotlight after coming on a pod... 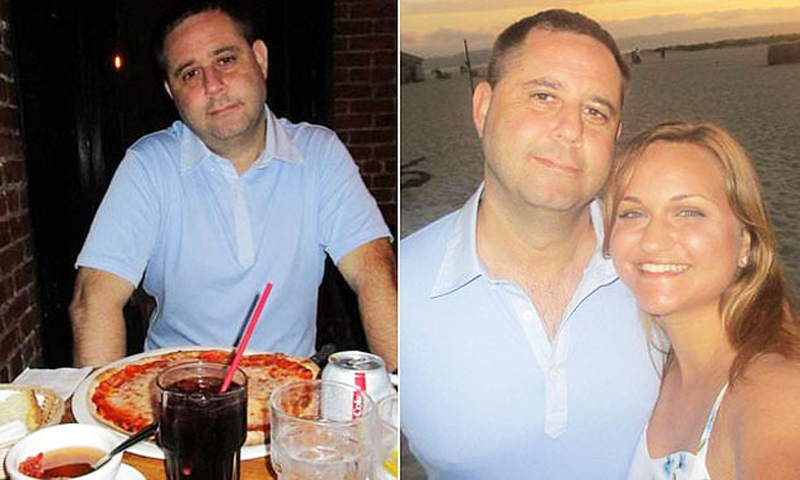 Mike Roman, a teacher from New Jersey, recently got his five minutes in the internet spotlight after coming on a podcast to discuss his unusual eating habits. The 41-year-old claims to have eaten pizza at least once a day for the last 37 years.

Roman's longtime love affair with pizza began at age 3 or 4 (he doesn't remember exactly), when his mother introduced him to the Italian dish for the first time. He apparently loved it so much that he kept asking for more every day until his parents finally gave in and stopped trying to convince him eat other foods as well. He has been eating pizza at least once a day ever since, all through his childhood, teenage years and into adulthood. Mike has reportedly eaten pizza for all three meals of his life, for many years, but he recently started switching between pizza and peanut butter sandwiches for lunch. He still has pizza for dinner every day, though.

"I get it from different places, so it's a nice variety," Roman told Tom La Vecchia, host of the New Theory podcast. "It's not a big deal. I know some people are really into fine dining, or they're called foodies or whatever, and they like things, but dinner to me is nothing really that special. You gotta eat because you're hungry"

The 41-year-old teacher admitted to sometimes munching on toast or crackers for some meals throughout his life, but he also found himself returning to pizza. The mozzarella covered pie played a big part in his dating life as well, as he would also tell his dates that the restaurants they were going to had to serve pizza.

"Look if we go anywhere it has to have pizza. It doesn't have to be a pizza spot," Roman explained on the podcast.

The New Jersey pizza head even enjoyed a pizza on his wedding day, a year ago, and he managed to keep the tradition going on his honeymoon in Aruba. While his cholesterol did go up over the years, Mike Roman said that it recently gone down and his general health has been fine, as have his bowel movements.

I love pizza, but eating one every day for nearly 40 years? I don't think I could do that for four weeks. Still, Mike Roman isn't alone. Back in 2012, we wrote about a 33-year-old woman who claimed to have survived on pizza alone since she was only 2, and four years ago we featured a man who had eaten nothing but pizza for 25 years.
Get breaking news and in-depth coverage at Daily News