Inside Edition Staff A Minnesota woman is the definition of a "super mom" as she saved the life of one her twin babies while ... 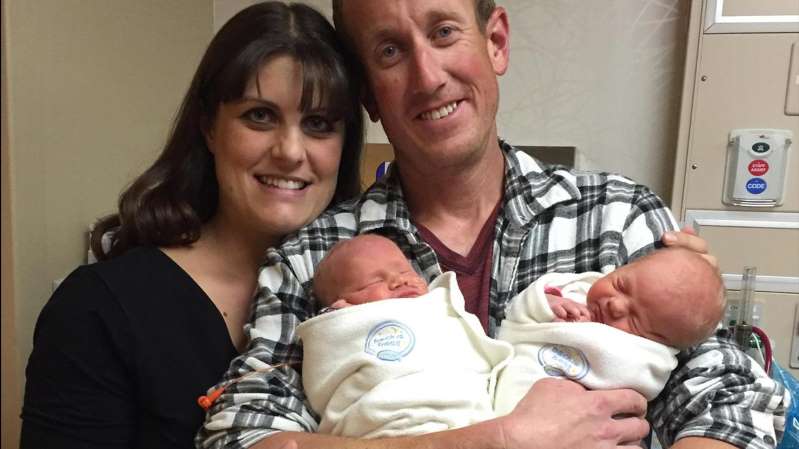 A Minnesota woman is the definition of a "super mom" as she saved the life of one her twin babies while giving birth to the other.

Nichole Engman, 38, was home on Oct. 2, when she started feeling abdominal pain. She texted her husband and called her mother to ask her to come over, however, she didn’t think things would unfold as quickly as they did.

Engman, who was then nearly 35 weeks pregnant with twin girls, said she went into quick labor after taking a shower that morning and no one was there in time to help.

“I called the EMS. I knew I wasn’t going to make it to the hospital,” Engman told InsideEdition.com. “The first baby was born in her sac on my bathroom floor.”

Engman said when her daughter, Ana, first came out she wasn’t breathing. Meanwhile, her second daughter, Ashley, was coming.

“I was trying to stimulate and get her breathing,” Engman said. "I had to give her CPR while preparing second to come. Police kicked down the door and came in.”

Thankfully, officers were able to take over tending to Ana as Engman birthed Ashley. The mother said she didn’t really have time to think or panic during the ordeal.

“I honestly think I was in shock and in survival mode,” Engman said. “I was just doing what I had to do in the moment. I was extremely relieved that the police got here when they did.”

The mother said she realized things could have turned out very differently but the twins are now doing well after being in the NICU for a few days.

“I feel very blessed that they are here,” Engman said. “They are doing fabulous.”
Get breaking news and in-depth coverage at Daily News