By Ben Hooper, UPI A fishing trip for an Australian father and his three sons took an unusual turn when a bull shark jumped directly i... 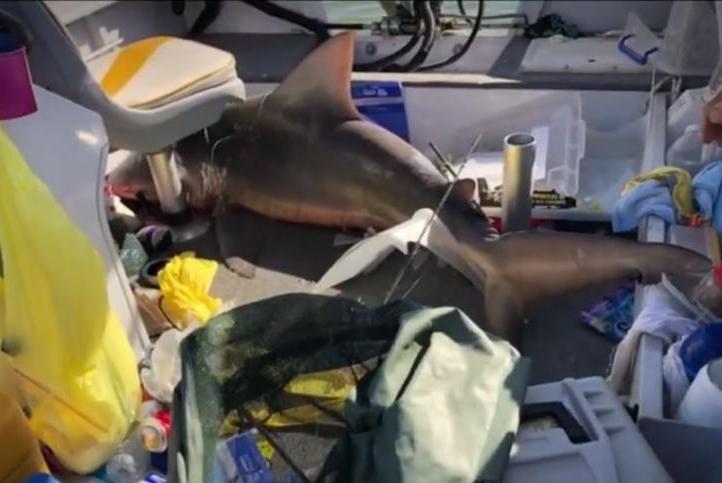 A fishing trip for an Australian father and his three sons took an unusual turn when a bull shark jumped directly into their boat.

The Chapman family said they were out on the Prosperine River in Queensland earlier this month when the 7-foot bull shark jumped out of the water and landed in their small boat.

"Tell you what, that was the most frightening experience of my life," teenager Connor Chapman told 7 News.

Ken Madsen, who was fishing nearby, rushed to help the Chapmans.

"There was an almighty commotion and carry on, and the next thing I hear is 'help, help' and saw the tail end of the shark disappearing into the boat," Madsen told Sunshine Coast Daily.

Madsen took the youngest two Chapman boys into his boat while Connor stayed with his father to bring the shark to shore.

A group of men helped the family flip the shark back into the water, but one witness said he does not think it likely that the predator survived.