Rescuers: Abandoned highway snake might be one of three

Animal rescuers in Britain said a 5-foot snake was found in a plastic box at the side of a highway alongside two other boxes that ap...

Animal rescuers in Britain said a 5-foot snake was found abandoned at the side of a highway -- and two others might still be on the loose.

The RSPCA said a man driving on the A513 highway near Orgreave Hall in Alrewas, England, on Monday when he pulled over into a parking area and spotted a plastic box with a 5-foot corn snake inside.

The RSPCA said the corn snake is not venomous, but there were two other boxes nearby containing shod skins from snakes of unknown species.

"The corn snake we found is very friendly but at 5 feet long is quite a size," RSPCA Animal Collection Officer Catherine Strawford said. "It appears that two other snakes were dumped at the time but these have escaped -- at this stage we do not know what species they are and indeed if they are venomous."

Strawford said the RSPCA is monitoring the area in the hope that the missing snakes can be located. 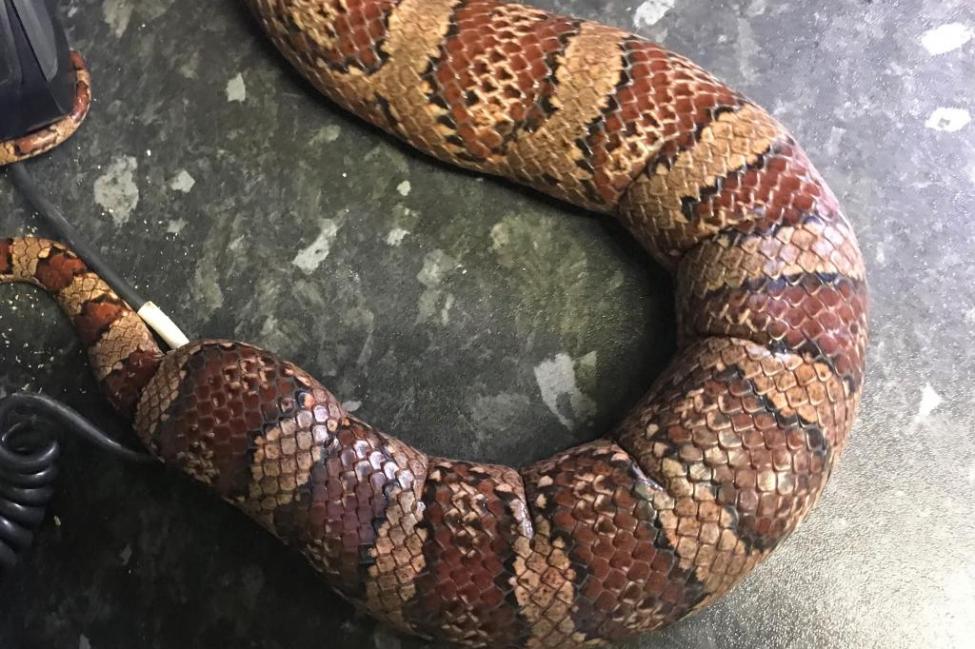