© CBS News Lucy Rogers and Zac Mayo are running against each other in a Vermont election. By Steve Hartman , CBS News LAMOILL...

In Lamoille County, Vermont, the fall colors are at their peak. Everywhere you look, bursts of Lucy Rogers green, and Zac Mayo red, white and blue.

"To me, conservatism is creating an individual responsibility," Zac said.

He's the Republican. She's the Democrat.

They're aggressively competing for a state House seat. Both have visited, or plan to visit, every single home in the district — all 2,000 plus. The locals say they've never seen anything like it.

"They both want to win in the worst way," one person said.

But this highly competitive race took a dramatic turn recently. It happened during their debate, when the candidates asked for a few extra minutes at the end to do something together. They stood up from their tables and began moving the furniture, preparing for what appeared to be some kind of musical performance.

But no one knew what was coming. Indeed, what happened at the local library that night was totally unexpected and unprecedented in modern American politics.

"Because we asked them if we could have a few minutes at the end to play a duet," Lucy said.

"It strikes a chord," Zac said. "To say to the world that this is a better way."

With that, the Democrat and the Republican united in perfect harmony. There weren't enough tissues to go around.

"It marked a turning point for us," one person said.

"It gave me a lot of hope," said another.

The song they played that night -- and for us after -- is about longing for a less competitive society. Their rendition so resonated with folks in northern Vermont, CBS News actually saw houses that had signs for both candidates -- a clear indication that the winner of this race has already been decided: A landslide victory for civility.
Get breaking news and in-depth coverage at Daily News 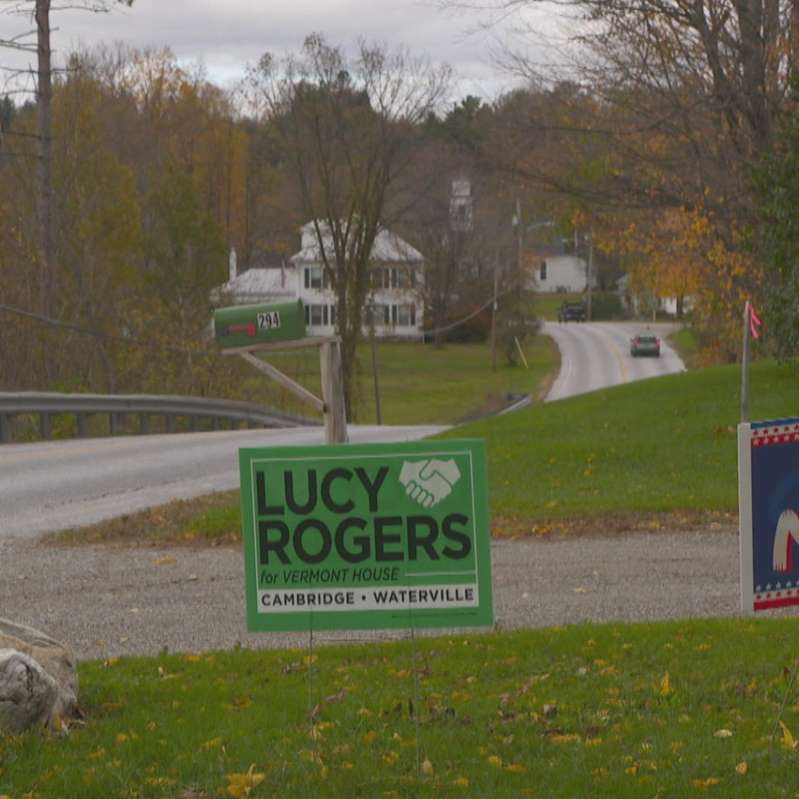