Pennsylvania wallaby captured after two weeks on the loose

Police Pennsylvania said a wallaby on the loose for about two weeks was captured after wandering into a resident's garage. ...

An escaped wallaby on the loose in Pennsylvania was returned to its owners after it wandered into a resident's garage, police said.

The North Hopewell Township Police Department said Rocko, a 3-year-old wallaby, was captured Thursday after a resident contacted police to help with an animal in his garage.

The animal turned out to be a wallaby, a smaller cousin of the kangaroo, that had been missing in the area for about two weeks.

Rocko made headlines last week when he was caught on camera by a resident.

"It happened about two weeks ago during the flooding," Kline told PennLive. "He was in a temporary pen, and the 6-foot perimeter fence was washed away in the storm. I wish I knew where he was."

Police said Rocko was not injured and was returned to the farm. 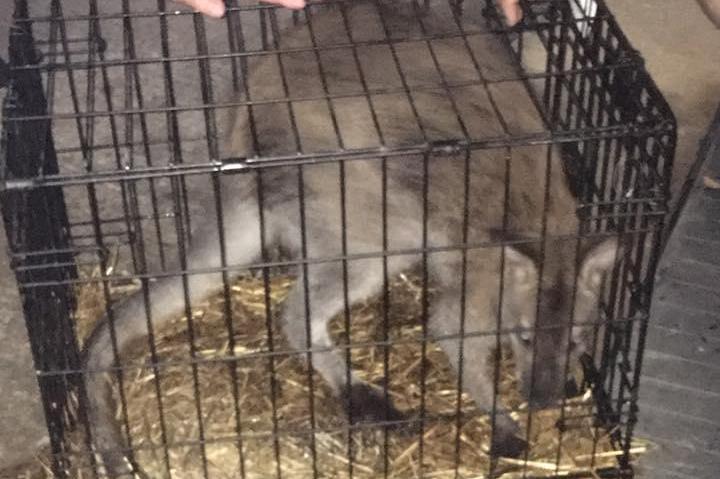