By Deborah Hastings , Inside Edition A 13-year-old boy from Oregon has won the Young Scientist Challenge by inventing an artificial... 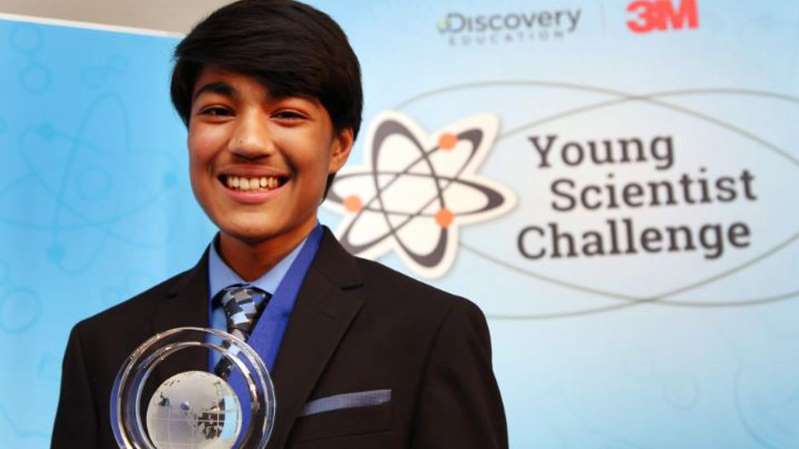 A 13-year-old boy from Oregon has won the Young Scientist Challenge by inventing an artificial intelligence treatment for pancreatic cancer.

Rishab Jain created an algorithm to improve cancer treatment by using AI to locate and track the pancreas in real time.

A prime challenge in radiation treatment is locating the pancreas itself, which is often obscured by the stomach or other organs, resulting in healthy cells being inadvertently hit.  Rishab's  algorithm improves accuracy and increases the impact of radiation treatment, according to organizers of the competition.

The seventh grade student said he started the project last year, when he learned that pancreatic cancer, the third-leading cause of cancer deaths, is devastating and fast growing.

"At the same time, I was also doing artificial intelligence programming so I wondered if I could combine my knowledge in both areas," Jain said.

He was one of 10 finalists vying for first place and a $25,000 prize. Jain bested an eighth grade student from Sugar Land, Texas, who had designed a toilet flushing system that uses fresh and recycled water to conserve water consumption, as well as a boy from California who invented an app that improves the accuracy of an archer.

The nine finalists received $1,000 each and prizes from Discovery Education and 3M, sponsors of the contest.

The annual competition rewards scientific thinking and imagination in designing solutions to everyday problems that can reshape lives. The contest is open to students in grades five through eight.

The kids are paired with mentors who help turn their scientific fantasies into practical ideas.
Get breaking news and in-depth coverage at Daily News