Kentucky's governor is honoring two police officers who helped save a man's life at the state Capitol.

On Sept. 18, Kentucky NAACP President Raoul Cunningham collapsed during a meeting of the State Board of Elections at the Kentucky Capitol. Swiger and Mahoney rushed to the meeting room and administered CPR and a defibrillator. Cunningham was later treated and released at a hospital.

Bevin personally thanked both men in a brief ceremony in his office. Swiger and Mahoney have been officers at the Capitol for four years.

In a phone interview, Cunningham said he is recovering and "taking it easy." He said he still has not met Swiger and Mahoney. 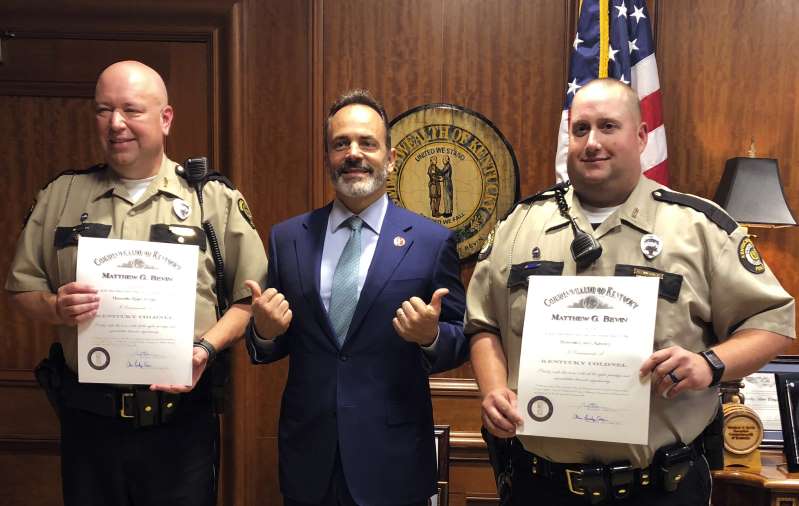