Several NYPD Sergeants were honored Thursday for their bravery and compassion.

Including an officer who has taken a sick little boy under his wing, CBS2’s Cindy Hsu reported.

It was picture time for the New York City Police Sergeants of the Year. They were being recognized by the Sergeants Benevolent Association for saving lives and changing lives.

For 4-year-old Anthony Rojas, his hero is Sgt. Zagham Abbas, who works in the department’s Community Affairs Unit.

They met a few months ago at St. Mary’s Hospital for Children in Queens, where Anthony has been living since he was diagnosed with a rare lung disease last year.

“I love his passion and energy and he’s obsessed with law enforcement,” Sgt. Abbas said.

Anthony is a pretty quiet little guy, but knows exactly what he wants.

When asked if he’s interested in becoming a police officer, he said “yes,” just like Sgt. Abbas.

Abbas helped arrange for Anthony to become police chief for a day. He also took him to Police Headquarters, introduced him to the commissioner and even superheroes Batman and Spider-Man. He also visits Anthony at the hospital during treatments.

Abbas is from Pakistan and came to the U.S. to attend medical school. After he graduated he became a police officer in the hope of becoming a surgeon for the NYPD. Instead, he fell in love with working in the Community Affairs Unit, helping kids like Anthony.

Along with Abbas, Anthony was also honored as SBA president for a day. He received specially made NYPD sergeant pajamas.

Anthony has a long fight ahead and is in dire need of a lung transplant, but Sgt. Abbas said he and the rest of New York’s Finest will do all they can to keep him strong.

When asked if he’s interested in becoming a police officer, he said “yes,” just like Sgt. Abbas.
Get breaking news and in-depth coverage at Daily News 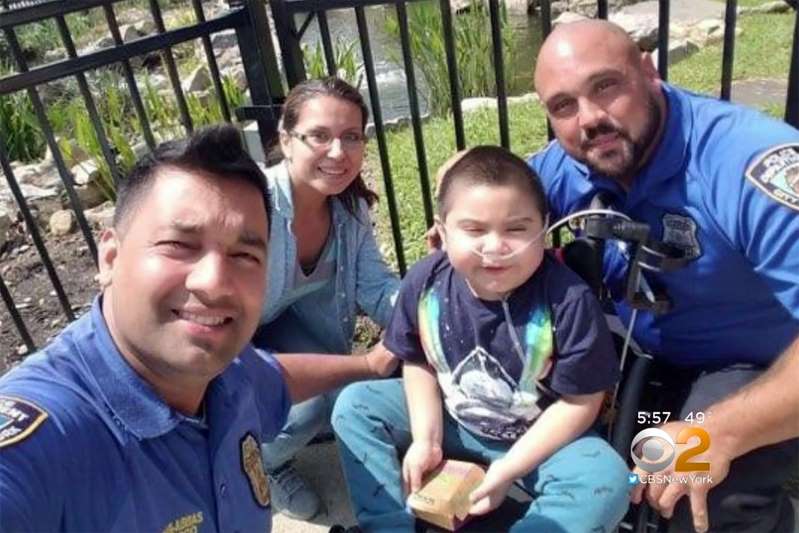