The kereru, a New Zealand bird famous for its size and "drunk" behavior, was dubbed Bird of the Year in a conservation gro...

A New Zealand conservation group said the kereru, a bird known for being "drunk" and "large," was elected Bird of the Year by New Zealanders.

Forest & Bird, the conservation group that holds annual polls to choose the bird of the year, said this year's voters chose the kereru, also known as the kukupa or wood pigeon, after a large-scale meme campaign that included numerous celebrity endorsements and campaigns on various websites including Tinder.

Kereru boosters cited the bird's famous size and appetite as contributing factors to its popularity.

"They have quite a reputation of being large and clumsy and being a bit of a clown," Megan Hubscher of Forest & Bird told the BBC.

She said the birds are famous for snacking on fermented berries and getting up to intoxicated hijinks.

"There are a lot of videos around of kereru getting drunk and stumbling around in a comical manner," Hubscher said. "That's part of the charm. they're just very loveable birds."

Organizers said the poll, which was only available to bird fans within New Zealand, attracted more than 48,000 votes this year, up from 41,000 in 2017.

The Bird of the Year contest is aimed at raising awareness of the plight of New Zealand's wildlife. 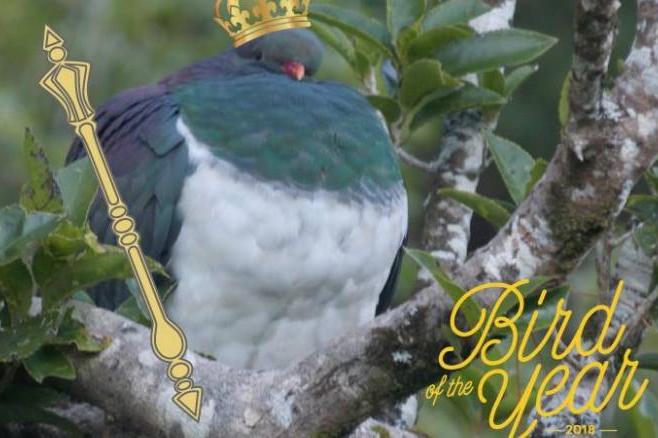