A large inflatable colon was recovered by Kansas City police after being stolen about a week ago By Daniel Uria, UPI Police ...

Police in Kansas City recovered a large inflatable colon that was stolen from a Missouri driveway earlier this month.

Kansas City police announced Monday afternoon that a tip led officers to the inflatable intestine prop at a vacant house. No suspect was in custody and police said the investigation would continue.

"BREAKING: WE HAVE RECOVERED THE STOLEN COLON," police wrote on Twitter.

The 10-foot wide by 10-foot tall, 150-pound colon was purchased in 2017 by the Colon Cancer Coalition and stolen from a driveway in Brookside, Mo., on Oct. 18 where it had been loaded to be transported and displayed at a breast cancer 5K two days later, the coalition said.

Before it was stolen, the colon was stored at the University of Kansas Cancer Center and was used as an educational tool for community events.

The Colon Cancer Coalition raised more than $11,000 dollars to replace the colon.

"We are happy to announce that through generous donations from Quest Diagnostics and the employees at Salix Pharmaceuticals we have stormed past our fundraising goal and are able to secure not just one, but two replacements!" the group said.
Get breaking news and in-depth coverage at Daily News 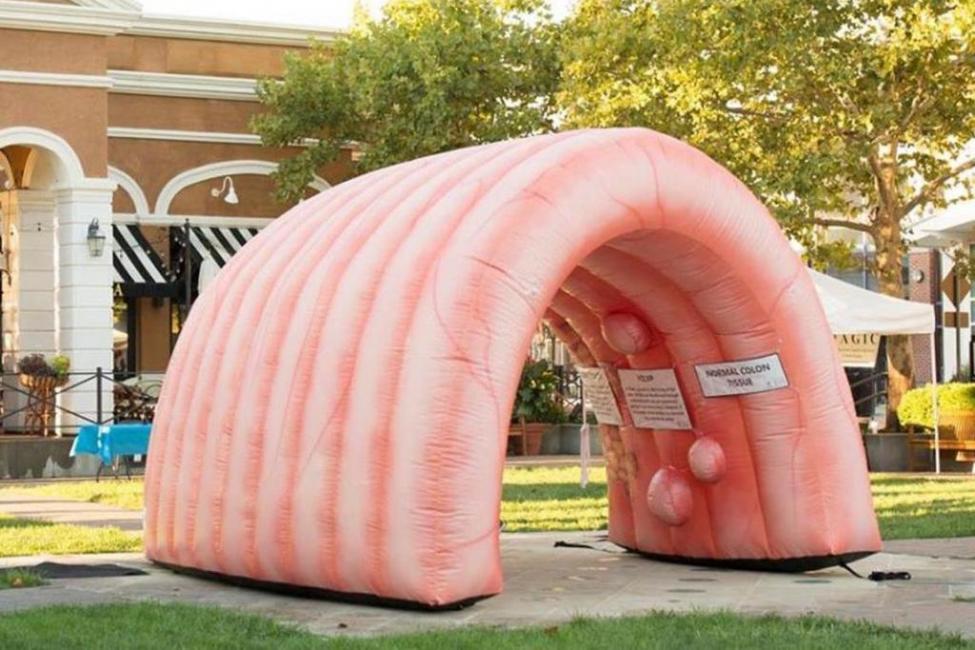