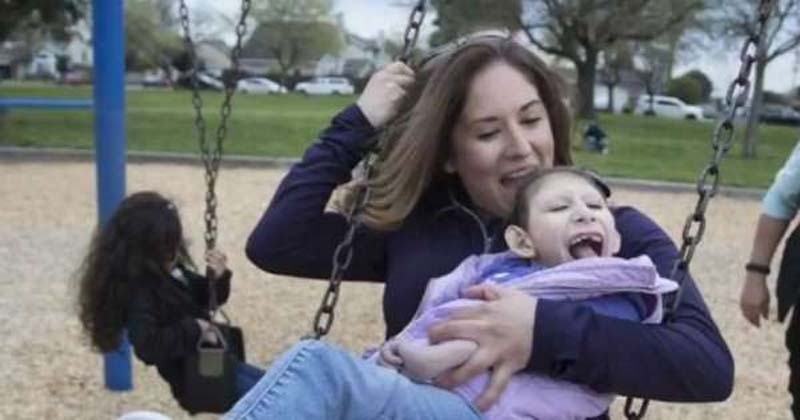 Kaitlyn is the school's lone cheerleader, rooting on the football team from the sidelines all by herself. She's even outnumbered by the coaching staff, Annie Dobos and Maila Couture, who help lead her through routines.

"It's unheard of to have one cheerleader and for her to stick with it is awesome," Dobos told Inside Edition.

"I'm nervous all the time," she admitted.

Having teammates would be nice, she added. "There's days you are just standing there and you wish there was someone to take a picture with."

But she doesn't let it get her down and she finds plenty of support from the cheerleaders of opposing teams, she said.

On the night Inside Edition tagged along, Kaitlyn faced off against a team of 16 cheerleaders.

"It is weird and unusual but it's also so cool," a rival cheerleader said. "We are so excited that she is here."

Kaitlyn always has the support of her family as well, though they were concerned when they first learned she'd be the only one on the squad.

"My heart sank," said mom Kim. "I really felt bad especially because it is her senior year."

Still, Kim, who knows all the cheers herself and shouts them along with her daughter, is proud of her daughter. So is dad.

"I couldn't do it," he said. "It is all very emotional and inspirational."
Get breaking news and in-depth coverage at Daily News