In baseball jerseys representing teams from throughout the region, Little League players and their parents lined up along West Main Street outside the Portage Little League complex Saturday morning.

Parents and players alike took off their caps and clutched them to their chests as dozens of motorcycles headed east in the burial procession for Amy and Peter Jackson of Portage, killed in a Sept. 19 motorcycle accident, noting that Little League is a family that stretches beyond team rivalries.

Amy Jackson, 44, was on the board and a manager in the league's T-ball division. She and husband Peter Jackson, 45, whose three young children play for the league, were headed out for a date night when Cleon Stutler Jr., 66, of Portage, allegedly struck their motorcycle at U.S. 20 and Willowcreek Road in Portage.

Stutler, the owner of Stutler Architects, has been charged with 24 felonies and four misdemeanors related to drunken driving. He was released on $7,500 bond, wearing a bracelet to monitor whether he consumes alcohol and with his drivers license suspended.

"We paused all games at 9:30. Once the procession passes through, we'll resume," said Jerry Bates, security officer for Portage Little League. "The kids can't understand why they can't play baseball."

In all, 75 children were playing on the field shortly before the procession drove by, but Bates said players and representatives from throughout District 1, which includes 21 leagues in Lake, Porter and LaPorte counties, were expected to line up.

The procession started at Pruzin Brothers Funeral Services on Willowcreek Road and was headed to McCool Cemetery.

"The family had asked to drive by the Little League because Amy cared so much about the Little League," Bates said, adding Amy Jackson's brother, Chris Archer, also is on the league's board. "We decided to do this out of respect because she did this for the kids."

The motto of Little League is, "character, courage and loyalty," said District 1 administrator Rich Arndt, and that was what was on display as all the teams came together to pay their respects to the Jacksons.

"It's the base core of Little League. It's a sense of community, a sense of family," he said. "I think part of that is the abrupt nature of the incident" in which the Jacksons died.

Though representatives from different Little League teams said they likely crossed paths with Amy Jackson but didn't know her, they felt the need to come out for the Portage league in its time of grief.

"We like to think somebody would come out for us if we lost someone," said Tracy Brough, president of Miller Little League in Gary. "It's just important to support a fellow Little League. It's not easy being a volunteer, so we know what (Amy Jackson) put into it."

As the last of the motorcycles rumbled into the distance and the teams again took to the field to continue their games, Brenda Charron, president of the South Haven Little League and a representative on the District 1 staff, lingered across the street with another parent and a player from the South Haven team.

"When I first got here and I saw them lining up, I was OK. I had a sense of pride that they stopped their love of Little League to honor (the Jacksons). It showed unity between all the Little Leagues. It made us a family," she said, fighting tears.

"As a family, we can mourn, we can grieve, and hopefully, eventually heal." 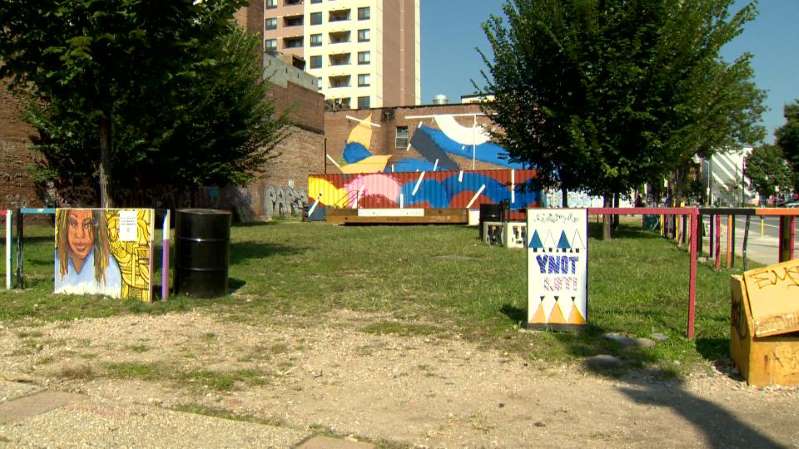