He did this every week, for 30 years.

He died earlier this month at age 76. What makes Lexie's story so remarkable is what he did with the money he collected in tips.

"I think Albert is a symbol of philanthropy and generosity," Chris Gessner, the hospital president, told CNN. "He's the kind of special person that people hope for in the world."

He charged $3 for a shine

Lexie began shining shoes at the Pittsburgh hospital in 1982.

Twice a week, he left his home at 5:50 a.m. and rode the bus to Pittsburgh from his small town of Monessen, Pennsylvania -- roughly a two-hour journey.

He charged $3 for a shine. He didn't make much -- $10,000 a year -- but he sent his tips to the Free Care Fund. The fund helps uninsured or underinsured children receive medical care they need.

He was 'singularly focused'

Gessner, the hospital president, says he first met Lexie 18 years ago when he walked into an almost entirely shoeless meeting.

"I noticed half the people were all without shoes. When I asked what's going on, they said, "It's Albert. He's out in the hallway cleaning shoes."

"He was singularly focused on helping sick kids," Gessner added. "He stuck to business. He was a personably, happy man, but he was very focused on shining shoes to help the kids."

He was widely recognized for his generosity

Lexie was awarded the Jefferson Medal for Outstanding Citizen in 1997, the Outstanding Philanthropist Award by the Association of Fundraising Professionals in 2001 and the National Caring Award by the Caring Institute in 2006. In 2010, Lexie was one of 30 honorees in the 2010 Major League Baseball's "All-Stars Among Us."

In 1999, his hometown proclaimed "Albert Lexie Day" and the Port Authority of Allegheny County awarded him a lifetime bus pass.
Get breaking news and in-depth coverage at Daily News 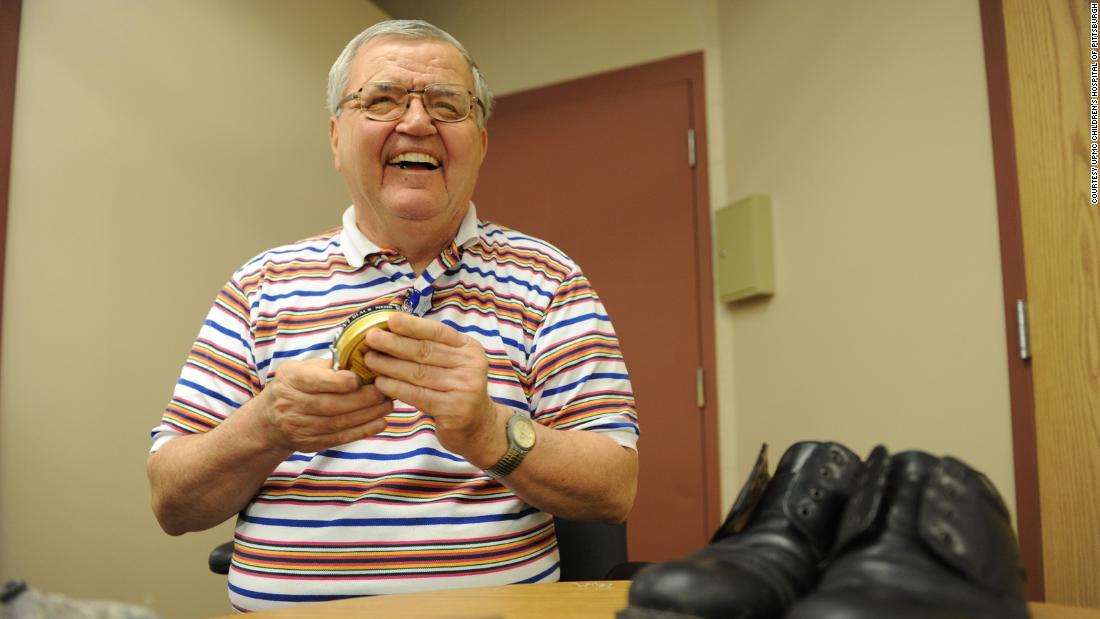