He died in March. But this man's affordable housing dream is about to take off

© Paul Kitagaki Jr./Sacramento Bee/TNS Ali Youssefi of CFY Development Inc. stands in the lobby of their offices on Wednesday Oct. 4...

By Tony Bizjak, The Sacramento Bee
It was one of Ali Youssefi's career goals to bring more affordable housing to his hometown of Sacramento. Even in death, the young developer is succeeding.

Youssefi died earlier this year at age 35 from cancer just a few months before one of his biggest projects, The Hardin Apartments, opened on K Street, with 84 units set aside for low-income wage earners.

Now, another low-income project Youssefi molded is about to launch.

The Sacramento City Council voted to approve a $3.3 million loan to complete financing for a major 159-unit apartment - aimed partly at low-income wage earners - on an empty S Street lot between 17th and 18th streets.

The project also has some units set aside for people who earn the median ($56,000) in Sacramento or a bit more, who also struggle to find affordably priced housing, sometimes described as "the missing middle" of the Sacramento housing market.

It's the second housing project Youssefi has launched with low-income units in that corner of the central city. He previously built The WAL, a stylish apartment complex a few blocks away in a remodeled R Street warehouse with low rents for artists.

Youssefi's CFY Development Inc., a company that was founded by Youssefi's dad, Cyrus, will codevelop the site along with the Capitol Area Development Authority, a joint city-state agency.

Mayor Darrell Steinberg stated his support for the project Tuesday before the vote.

"This project will deliver badly needed affordable housing in Sacramento's core, where many jobs are being created but where high rents have priced out many of the workers who fill those jobs," Steinberg said in an email to The Bee. "This is exactly the kind of project the city should be helping finance."

The mayor also lauded the man behind the project. "Ali was a friend whose generosity, vision and determination helped shape Sacramento into the vibrant and inclusive community it is today. He was an embodiment of Sacramento values and was unfairly taken too early from this world."

Councilman Steve Hansen helped push for funding, sending out a comment with a #BeLikeAli hashtag.

"We promised Ali that we would fight hard to complete his remaining projects, and we've promised to help our constituents suffering from a shortage of affordable housing - this does both," Hansen wrote.

Speaking to The Bee last year, Youssefi said the city needs to find new ways to create housing for many of the people who work downtown at restaurants, shops and even in lower levels of state work, who don't have enough money to afford the area's escalating market rate apartment rents.

"Housing is such a key driver of activity and energy," he said. "Ultimately, our goal is to provide housing to people as close to where they work as possible."

Speaking recently about his son at the opening of The Hardin, the elder Youssefi said CFY's recent successes at creating low-income housing are bittersweet "because he's not here to see the final product.

"It was his vision all the way through. He wanted a project that was affordable for the middle class, what he called the forgotten people."

The loan will be administered by the Sacramento Housing and Redevelopment Agency. The California Housing Finance Agency also will provide substantial funding. Cal HFA head Tia Boatman Patterson said the money will support housing for teachers, nurses, public employees and construction workers, among others.

The site is directly behind the massive Ice Blocks apartments, adding to what is quickly becoming the new housing epicenter of central Sacramento.

Another development team is building a 250-plus unit apartment complex a few blocks away at 21st and Q streets. Other new apartments will open soon at 19th and Q streets. Those projects will offer units at market rates. 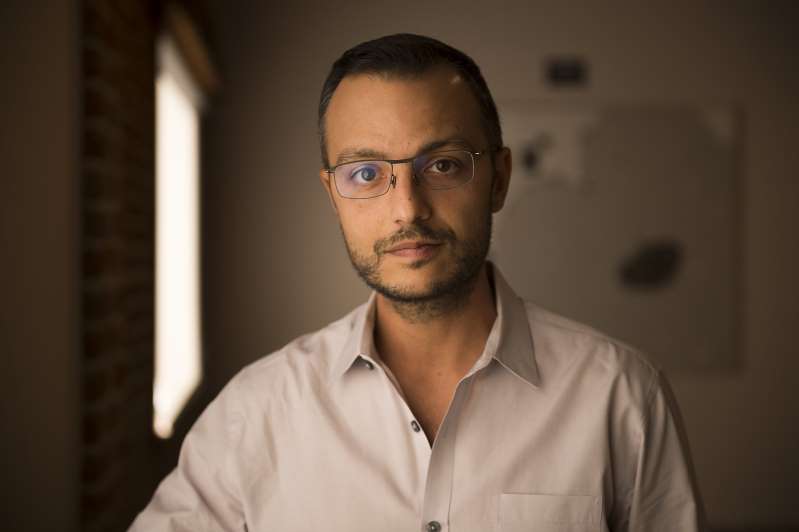