© Provided by CBS Interactive Inc. By JOHANNA LI, Inside Edition A New York mom and her family attended the wedding of a New...

A New York mom and her family attended the wedding of a New Jersey woman, four years after she received her teen son's heart in a transplant.

"At one point, my mom and dad were giving a toast and everyone was thanking the Cutinellas," said Karen Hill, 26, of Westfield. "Everyone stood up and clapped for them."

Hill explained the milestone may not have been possible if not for the family's decision to donate 16-year-old Thomas' organs following his death.

After a successful heart transplant, Hill and Kelli Cutinella, 48, of Long Island, have become unlikely friends.

"It just meant a lot to me to have them there and I know it must be hard for them not having Thomas," Hill said. "It's unfortunate circumstances that we came across each other, but I also couldn't imagine what my life would be like not having these wonderful people there now."

"He never needed to be acknowledged for any kind acts that he ever did," Cutinella told InsideEdition.com. “He never needed a pat on the back, so he would be very humbled and honored.”

She explained a freak accident on the high school football field took her son’s life in 2014.

“It gets overwhelming," she said. “Actually, today is four years to the date when Thomas had his organs harvested so he could go on and save the lives of others.”

Months after his death, Cutinella had invited all the recipients of Thomas’ organs to their home, and she and Hill hit it off immediately.

The one-time meeting turned into an annual get-together, and Hill and Cutinella’s relationship blossomed as they got to know each other through text messages and phone calls.

"It helps with our grief," Cutinella said.

Hill told InsideEdition.com she was diagnosed with idiopathic dilated cardiomyopathy when she was in middle school, a condition that left her heart unable to pump enough blood to sustain her body.

“It turned into heart failure when I was in high school and I was able to manage it through college with medication,” she said. “It was literally the day before I graduated college that they told me I needed a transplant."

Before she was contacted about Thomas’ heart being available, she had an LVAD implanted in her body to help her heart, but said it was heavy and required planning to carry it around.

"Getting the transplant was really giving me more than my life back, but also just my freedom to do whatever I wanted when I wanted to," she explained. 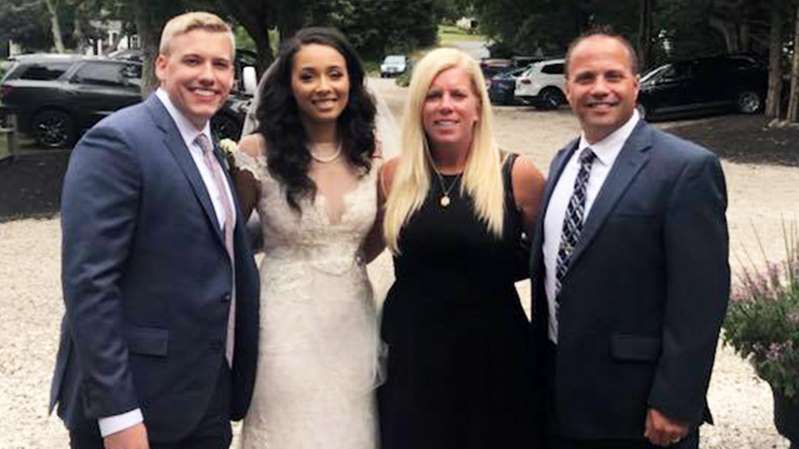