From a toy drive to a Saks Fifth Avenue-endorsed show. This is Catwalk for Charity

© Judith Joseph Judith Joseph, founder of the non-profit Catwalk for Charity, with students from Ecole Nouvelle Zoranje in Port-au-P...

Judith Joseph began with a simple mission — to uplift Haitian children in Miami during the holiday season.

She billed her event as Breakfast with Santa, where hundreds of kids from Miami's Little Haiti neighborhood enjoyed a hearty breakfast at a local Marriott hotel, and hang out with Santa Claus.

But after five years of email blasts and putting up fliers trying to get Haitians to donate toys for poor kids, Joseph decided she needed another strategy to attract donations.

"It got to a point where we would just go and buy toys for each of them," said Joseph, now an event planner who lives in Boca Raton. "Like $7-$10 per toy."

Then one day in 2011, as she and her friends brainstormed ideas on how to raise funds, Joseph thought: How about holding an annual fashion show? It was a perfect fit with Miami's runway-inspired scene, said Jean-Raymond Alexandre, a friend.

"Even if it's for charity, people in Miami want to dress up," Alexandre said.

Catwalk for Charity was soon born. Joseph, who had been thinking about the children in her Haitian homeland, which the year before had been struck by a tragic earthquake, also changed the focus.

And instead of using the fashion-inspired fundraiser to benefit children in Miami, she decided that children in Haiti needed it more.

For the past seven years, the star-studded event featuring celebrity hosts, top designers and high-end department stores like Neiman Marcus and Saks Fifth Avenue, has raised over $200,000 to benefit thousands of Haitian children.

For a week in December, she and her team of Catwalk for Charity volunteers travel to Port-au-Prince, rent buses, and invite hundreds of children to the Marriott for a huge breakfast, toy giveaway and of course, a meeting with Santa.

"What matters to me is helping kids," said Joseph. "Nothing else matters."

The children are selected by schools and hospitals and come from underprivileged communities like Cite Soleil, the eight-square-mile slum in Haiti with no sewage system and barely any power.

They also come from orphanages around the Haitian capital. The team also provide toys to sick children at the State University of Haiti, also known as the General Hospital, and some 800 children at Special Olympics Haiti, which trains children and adults with different intellectual or physical disabilities.

But as she traveled more and more to Haiti, she saw that the children needed something more substantial: They needed a better education.

In 2015, a common friend introduced Joseph to Maryse Penette-Kedar, the board president of PRODEV, an educational nonprofit. Founded in 1995 by Penette-Kedar's husband Daniel Kedar, and late father, Max Penette, a professor and former mayor of Petion-Ville . PRODEV began as a small family foundation that sent children to school who otherwise couldn't afford it.

After the earthquake, Penette-Kedar took the foundation to another level She built its first school, Ecole Nouvelle Zoranje, in Port-au-Prince and launched a training program for teachers throughout the country.

"We believe that this (education) is one of the biggest problems in Haiti," Penette-Kedar the said. "We've created a model of what quality education can be."

She and Joseph instantly hit it off when they met.

"We are obsessed with PRODEV," Joseph said. "To me, it is a hidden gem in Haiti. If we had 10 PRODEVs, wow, it would make such a difference."

In addition to training teachers, PRODEV tries to provide students with a top-tier education in a country where only 61 percent of the population is literate, compared with 92 percent in other developing Latin American and Caribbean nations, according to the CIA's World Factbook.

PRODEV's students are encouraged to communicate their feelings to staff and no corporal punishment is allowed — which is unusual in Haiti, where teachers are allowed to discipline students.
Get breaking news and in-depth coverage at Daily News 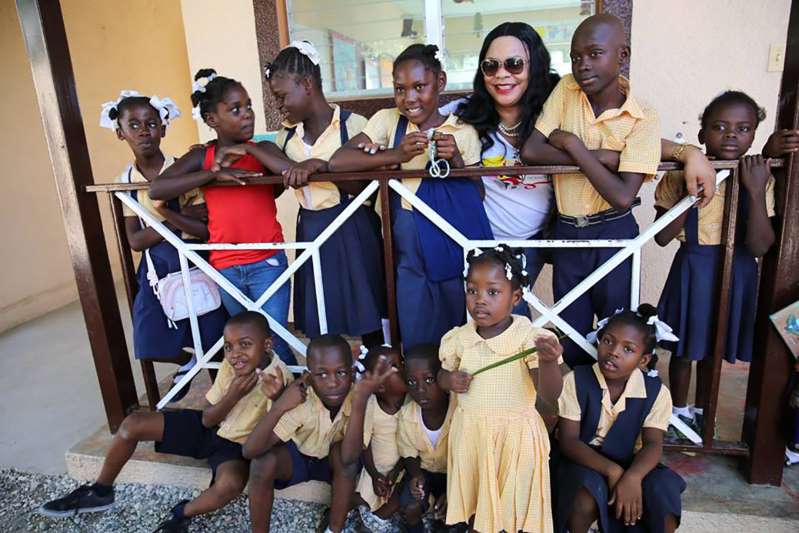