A pair of first-time parents in Missouri introduced their newborn son to the group of paramedics who helped deliver him during an unplanned at-home birth.

Jacqueline and Jonathan Riley thanked the Fire Station One and American Medical Response paramedics on Monday for safely delivering their son, Shay, who was breech and had the umbilical cord wrapped around his neck.

“You are all truly heroes and Shay will definitely know this story when he grows up,” Jonathan Riley told the group, according to Fox4KC.com.

Jacqueline Riley was scheduled for a Sept. 21 Caesarian-section birth because of Shay’s breech position, Fox4KC.com reported.

But plans went awry when her water broke four days early at home, and she quickly realized she wouldn’t have time to get to the hospital. Jonathan Riley dialed 911 and paramedics were sent to the couple’s home.

“I wasn’t optimistic at all,” Jacqueline Riley told the news outlet. “I was pretty panicked because I had done my research on breech babies and knew there was a reason hospitals don’t deliver breech babies.”

The medics soon realized that the umbilical cord had become wrapped around Shay’s neck, and his head was stuck in the birth canal.

“We were kind of thinking it was going to be one of those routine calls where we show up, get vital signs and help package up mom for transport to hospital,” Cole Sammons, a responding firefighter, told Fox4KC.com. “But once we arrived on scene, it was very obvious we were going to deliver right there on scene.”

They worked for 15 minutes to safely deliver Shay, who weighed 8 pounds, 1 ounce, and they then transported him to a nearby hospital, where he made a full recovery.

“The fact that they were able to get him out and he survived and is fine, and they did everything for me as well – I can’t express how grateful we are,” Jacqueline Riley told the news outlet. 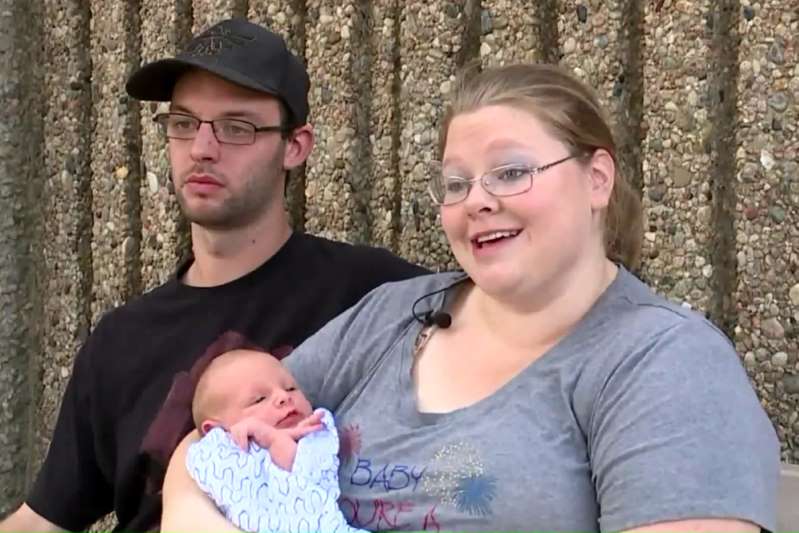