By Ben Hooper, UPI A West Virginia woman is warning neighbors to beware after her mail was stolen and replaced with a laminated photo ... 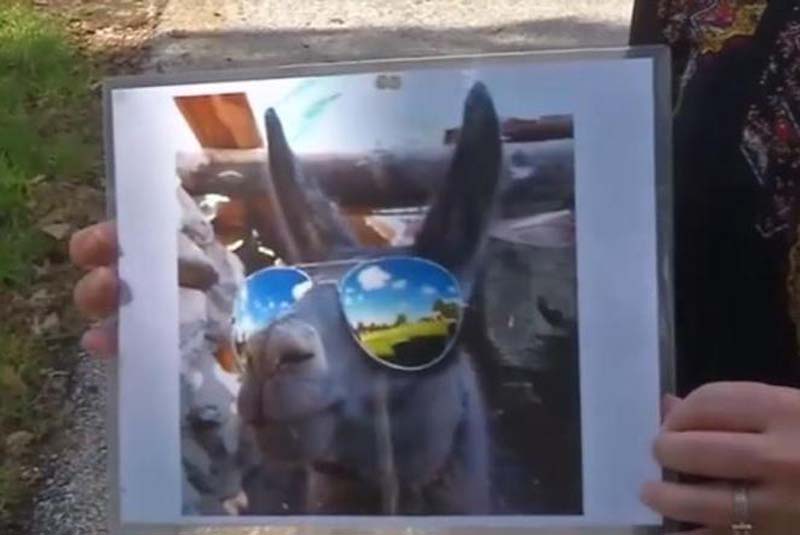 A West Virginia woman is warning neighbors to beware after her mail was stolen and replaced with a laminated photo of a sunglasses-wearing llama.

Staci Tinney said she was confused when she looked into the mailbox at her Charleston-area home last week and found nothing but a laminated photo of a llama wearing sunglasses.

Tinney reviewed security camera footage and spotted someone in a black pickup truck removing the mail from her mailbox and replacing it with the animal photo.

Tinney said she reported the incident to police and warned neighbors, who told her that someone else had encountered the same truck in a nearby parking lot.

"Someone told them the police were looking for them, and they left -- but not before showing them a picture of a llama and saying they were handing out wedding invitations," Tinney told WCHS/WVAH.

"We don't know anybody who knows a llama personally and definitely no one who gave us blank pictures of a llama as a wedding invitation," she said.

Other residents of the neighborhood have also reported stolen mail in recent days.

Charleston police said mail theft is a federal crime. They said the investigation is ongoing.