Drunk and Confused Birds Are Causing Havoc in Gilbert, Minnesota

Contributor Content Police in Gilbert, Minnesota, are warning residents about a group of youthful residents unable to handle their alcoh... 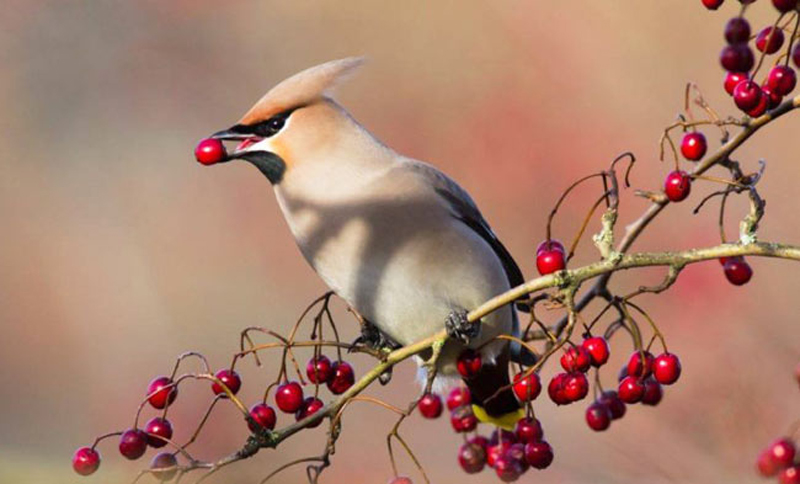 Police in Gilbert, Minnesota, are warning residents about a group of youthful residents unable to handle their alcohol. They've been drifting around town looking disoriented, narrowly avoiding getting hit by cars.

But these aren't teenagers getting drunk. Instead, it's the local bird population.

"The Gilbert Police Department has received several reports of birds that appear to be 'under the influence' flying into windows, cars and acting confused," Police Chief Ty Techar wrote in a statement Tuesday. An early frost meant that berries had fermented earlier than usual, he explained, and birds were eating them and getting drunk.

Incidents around town involving intoxicated birds appear to be more prevalent than in past years, Techar added, because many have not yet migrated south. "It appears that some birds are getting a little more 'tipsy' than normal," he wrote. "Generally, younger birds' livers cannot handle the toxins as efficiently as more mature birds."

He concluded, "There is no need to call law enforcement about these birds as they should sober up within a short period of time."

Birds really can get intoxicated by eating fermented berries. A group of California scientists who performed necropsies on several flocks of cedar waxwings that had collided with hard surfaces found that all of them had recently gorged on overripe berries. "Flying under the influence of ethanol" had led to the birds' deaths, they concluded in a 2012 study published in the Journal of Ornithology.

Obviously, birds can't exactly take a breathalyzer test. Matthew Dodder, a self-described "bird guy" with four decades of birding experience who leads classes in Palo Alto, California, told The Washington Post that the key giveaway to tell whether birds are drunk is their goofy behavior.

"They'll be flying kind of erratically," he said. "We typically see them flying lower than usual through traffic. They're just careless and they're not looking for cars or other obstacles." 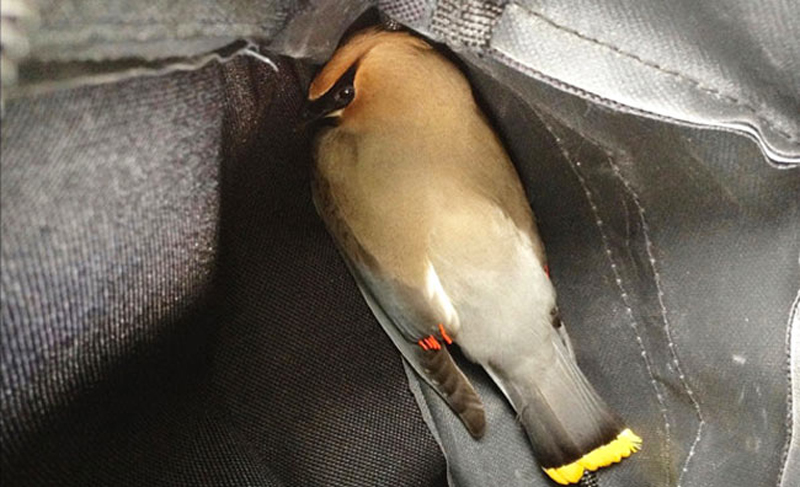 Certain bird species, such as robins, cedar waxwings and thrushes, are the most prone to drunken antics since they eat more berries than other species like warblers and flycatchers that primarily eat insects. And as they prepare to fly south for winter, they may overindulge in an attempt to store up fat for the journey, Dodder said. The birds go from bush to bush trying to find more berries, their balance getting progressively worse.

"They just get sloppy and clumsy," Dodder said. "They have actually fallen out of trees on occasion."

Because intoxicated birds also have a tendency of smashing into things, the Audubon Society recommends putting decals on windows and other large reflective surfaces. And if you do come across a drunk bird that has survived a collision, Dodder recommends contacting an animal rescue or wildlife rehabilitation center.

"Sometimes, they just need a bit of time in a quiet setting to recover," he said.