By Ben Hooper, UPI A Detroit resident's home security camera captured the moment their dog turned on the oven and caused a box of ... 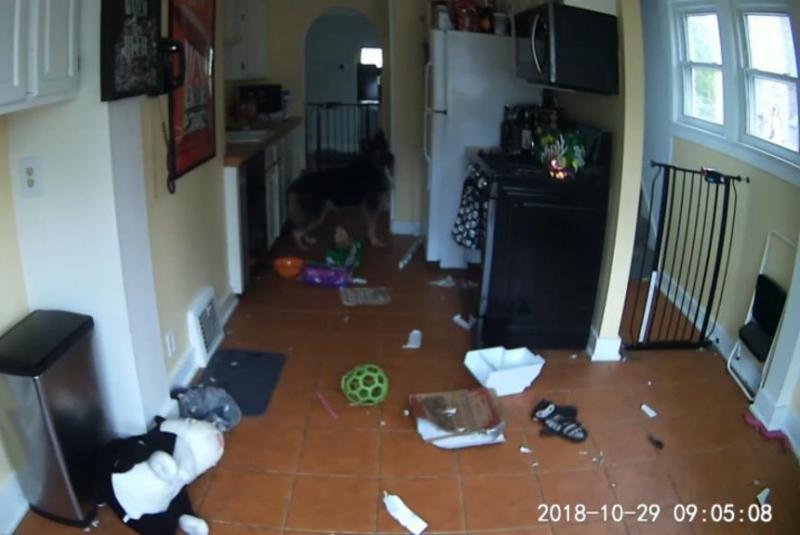 A Detroit resident's home security camera captured the moment their dog turned on the oven and caused a box of soft drinks to explode.

The resident said no humans were home about 9 a.m. Monday when her dogs wandered into the kitchen.

"Normally the dogs are blocked out of the kitchen, but they somehow pushed the gates through and made their way inside," the resident said.

Home security footage shows one of the dogs, Dahlia, looking to see what was on the stove and accidentally turning on a burner.

The burner causes a box of Faygo soda to ignite and the cans soon start to explode.

The resident said they did not arrive home until several hours later.

"I had just gotten home and upon unlocking and opening my door, I heard a clicking sound coming from the kitchen. I ran inside to see what as going on and I came across a 12pack of pop that had burnt to a crisp on my stove," the resident wrote.

They said the dogs were lucky the incident wasn't worse.

"Luckily, the fire remained lit and no gas poured out into the house," the person said.
Get breaking news and in-depth coverage at Daily News