By Ben Hooper, UPI A national park in Alaska is calling on Facebook fans to vote for which bear is the biggest during its "Fat Be... 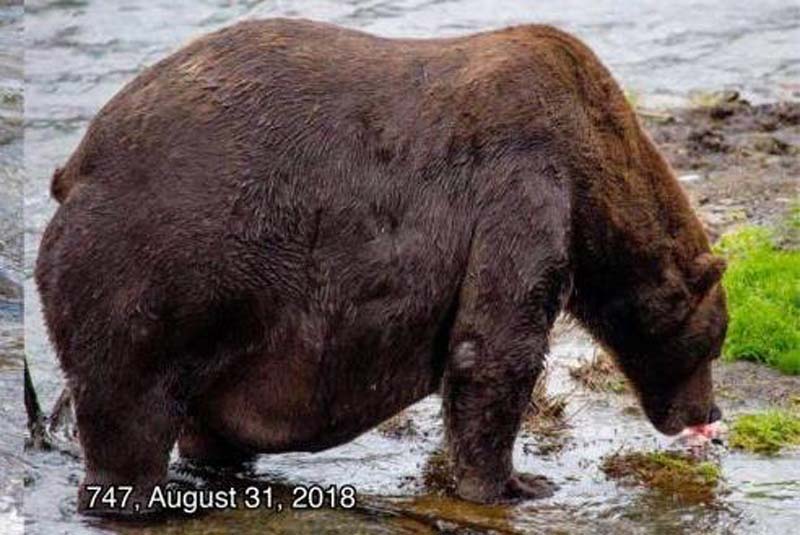 A national park in Alaska is calling on Facebook fans to vote for which bear is the biggest during its "Fat Bear Week" event.

Katmai National Park & Preserve is asking Facebook fans to use their likes to vote on which of their bears, which have been putting on weight to prepare for their upcoming hibernation, is the fattest.

Monday's show-down, the last of the semi-finals, asks Facebook users to choose between "round-rumped 32 Chunk" and "the jelly-bellied jumbo jet, 747," two fan-favorites that both "rank high on the Brooks River's dominance chain."
The winner of the showdown will go on to the finals and face down a bear known as "409 Beadnose" for the Fat Bear Tuesday finale to Fat Bear Week.

"This is a single elimination tournament to determine the fattest Bear Cam bear of 2018," the park said. "For each set of two bears, vote with your "likes" for the bear you think is the fattest. Likes will be considered final at 6:00 pm AKDT on the day of the post. The most liked bear advances. Only one will be crowned the 2018 Fat Bear Tuesday Champion!"