Vietnam veteran John Mulloy finally received his combat medals Monday as a thank you for his service.

"We're about 50 years late here, 50 years overdue," said U.S. Congressman Seth Moulton, who was on hand to present a panel of medals to Mulloy.

"The blue one is a combat infantry badge. That basically means somebody shot at you," Mulloy joked.

Mulloy, who remembers the Vietnamese people he met for their kindness, never put in for his medals when he returned home in 1967.

"When I came home, I think there were people I went to school with, they thought maybe I should be prosecuted for war times. But they weren't over there and they didn't understand the whole thing, really," Anderson said.

"We both served in unpopular wars," said Moulton, who served in Iraq. "The difference is, I was welcomed home with open arms by my community even though the community largely disagreed with Iraq."

Moulton said this is a way of saying a long overdue "Thank you."

"We're trying to right that wrong where we didn't respect veterans for their service, while we have every right to disagree with the war. I think we have learned that as a country," Moulton said. 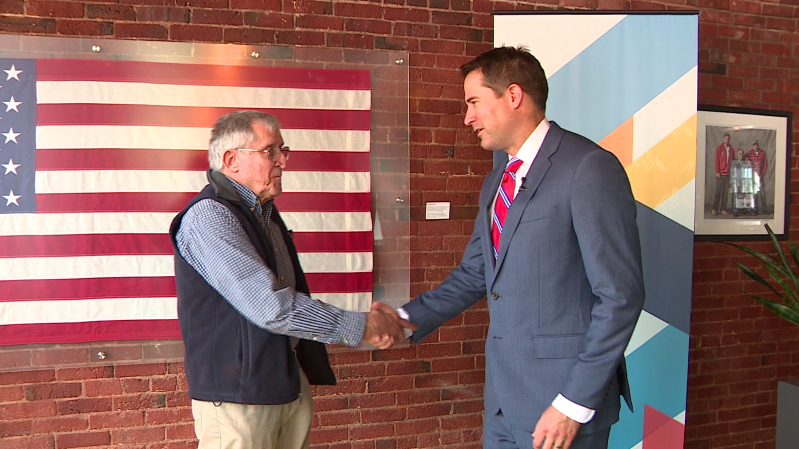