By Ben Hooper , UPI A pair of thieves stole a 16-foot-long spool of turf from in front of a California woman's home and the theft w... 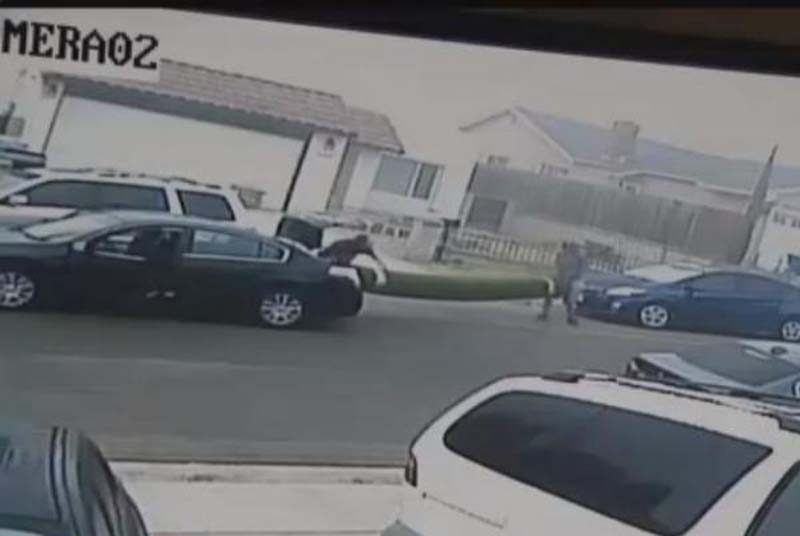 A pair of thieves stole a 16-foot-long spool of turf from in front of a California woman's home and the theft was caught on a neighbor's security camera.

Madonna Hanes said the 650-pound spool of turf was dropped off at her home in the Paradise Hills neighborhood of San Diego by a contractor who intended to return and use it to landscape her yard.

A neighbor's surveillance camera recorded footage of two men pulling up in a Nissan Altima and attempting to shove the spool into their trunk.

"I couldn't fathom that they would steal it in broad daylight," Hanes told KFMB-TV. "They tried to stick 16 feet of turf in a trunk that's only two feet deep -- it made no sense to me."

The video shows the men drive off with most of the turf dragging on the road behind the car.

Hanes said the thieves left a trail of turf that she was able to follow for about a block before it vanished.

The homeowner said she is hoping the footage will lead to the thieves being identified.

Police in Maine pulled over a pickup truck earlier this year when it was seen dragging a stolen garden shed down a road. The Maine State Police said troopers stopped the truck in May and discovered the shed, which was being dragged without any wheels, had been stolen from a foreclosed property.