'The Candy Man' Gives Away 6,000 Hershey Bars in Decade-Long Act of Kindness

© Courtesy of Hershey's ‘The Candy Man’ Has Been Giving Hershey’s Bars to Neighbors for 10 Years By Taylor Rock, The Dail...

By Taylor Rock, The Daily Meal

A 93-year-old man from Iowa is making an impact on his community in the sweetest possible way. Bob Williams visits a Dollar General near his home in Long Grove every Saturday morning when the store offers $5 off of $25 purchases. He uses his coupon to buy Hershey’s Milk Chocolate Bars by the boxful to share with friends and strangers — something he’s been doing for the past 10 years.

Three bars don’t make it past the checkout, though. Two are for store employees and one is for the customer in line behind him. To date, the retired teacher and coach has purchased an estimated 6,000 bars, rightfully earning him a nickname among locals as “The Candy Man.”

Williams’ decade-long act of kindness was inspired by his desire to connect with others and bring people together — and it works. Grateful neighbors describe him as a generous man of few words who “doesn’t like to talk about himself.” They say he’s awesome, that people love him, and that “it’s always a good time when Bob’s here.”

Some surmise he’s humbly unaware of how special he makes others feel when he gives them chocolate bars. In a heartwarming promotional video shot by Hershey’s, one appreciative local said, “I don’t think he realizes the effect he has on people.”

“He’s teaching all of us how to pay it forward,” said another.

As for Williams, he just wants to see his neighbors smile.

“It just makes me feel good,” he said. “It’s guaranteed to light up most anyone’s life. You’ll see.”

Making a pledge to give more is just one of many ways to bring more kindness to the world. Receiving chocolate on any occasion would likely bring happiness to anyone, but there is more to offer than just tangible things. Brighten someone’s day with these 15 nice things you need to say more often. 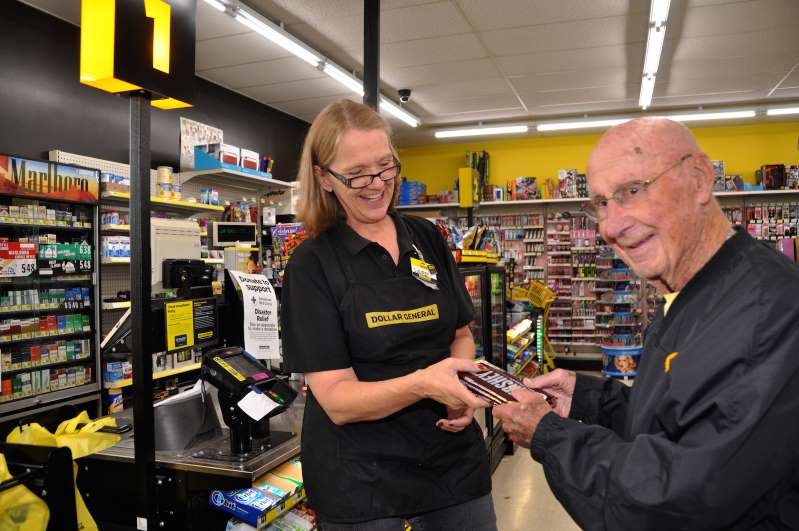