Snake rescued from mousetrap in London

A corn snake is recovering from minor injuries after being found caught in a mousetrap in London. Photo courtesy of the RSPCA ...

Animal rescuers in London said a corn snake is recovering from minor injuries after being found stuck in a mousetrap.

The RSPCA said an animal collection officer was dispatched earlier this month when a snake was spotted stuck in a mousetrap in London's Station Square.

"The poor snake could barely move and was well and truly stuck in the mousetrap. The snake had an abrasion where he was stuck but his injuries do not seem to be too severe," Animal Collection Officer Joe White said.

White said the corn snake is believed to be an escaped or abandoned pet.

"Unfortunately, an owner could not be found so the reptile was transferred to the South Essex Wildlife Hospital for veterinary treatment. If we can not trace an owner then the snake will be rehomed," he said.
White praised witnesses for contacting the RSPCA.

"Sadly, we do see lots of snakes get themselves into slippery situations and it can be a shock to see a snake in the street, especially in the middle of London, so we always appreciate when people report an animal in need to us," he said. "It is unknown whether this unfortunate little guy was abandoned, or possibly escaped from someone's home before becoming trapped." 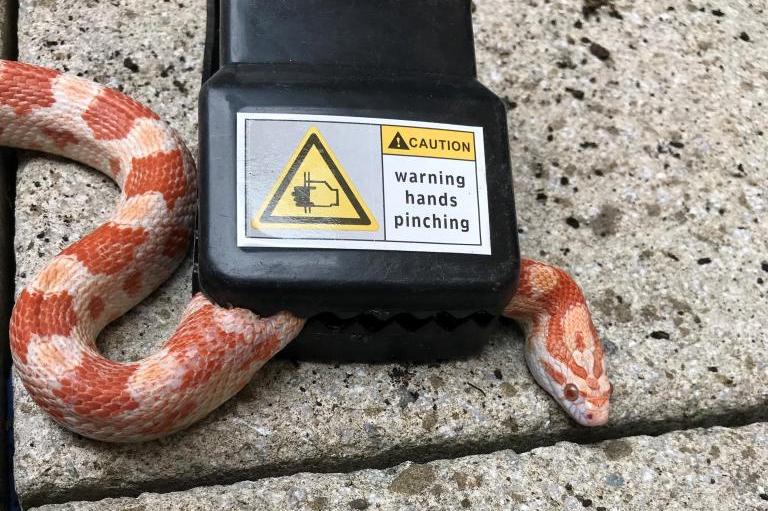