By Mike Hanson , WCNC-TV Charlotte It has everything a military operation could ask for: planning, logistics and a big surprise. Sonny&... 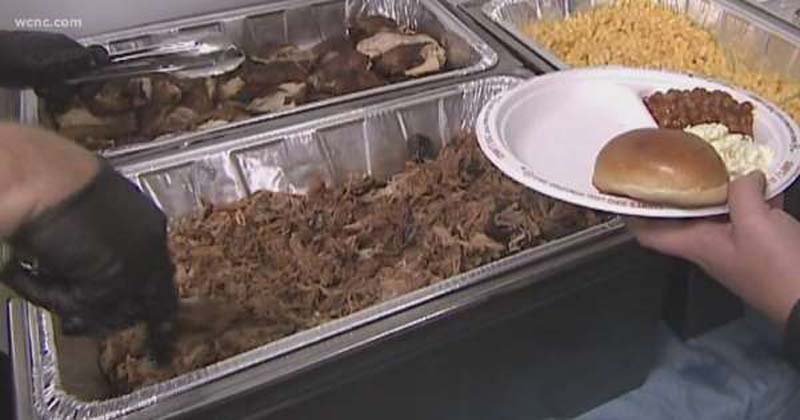 It has everything a military operation could ask for: planning, logistics and a big surprise. Sonny's BBQ awarded Executive Director of the Veteran's Bridge Home, Blake Bourne, with a feast fit for an army.

"It was a really good surprise. I had no idea," said Bourne with a smile.

Bourne was nominated for a 'Random Act of BBQ' for going above and beyond to help local veterans transition from the military service into civilian life.

Fellow Army veteran and buddy Tommy Rieman, who nominated Bourne talked about how selfless he is.

"He gave me an opportunity. He hired me on the spot. What I've seen from Blake over the years is leadership in this community to help thousands of veterans in the same position I once was," said Reiman.

"Blake has taken over as Executive Director of Veterans Bridge Home two years ago and has helped thousands of veterans."

Bourne said his passion for helping vets comes from seeing the potential they have inside themselves.

Soon after a few plates of pulled pork, bbq chicken, mac and cheese and beans it was back to work for Bourne and his team. Veteran's Bridge Home is putting the final touches on their Veteran Job Fair scheduled for September 11, inside the NASCAR Hall of Fame.