Police in Australia said executing a search warrant led to the discovery of a raptor sculpture stolen from a veterinary office two y...

The sculpture was found to have been stolen in 2016 from the Hill Veterinary Surgery in Eaton.

"The dinosaur will not face any charges and has been returned to its rightful owner," police said.

Two men were arrested during the raid.

Allan O'Grady of Hill Veterinary Surgery said the raptor was badly damaged and will need some repairs before it can be returned to its perch atop the practice's sign.

"She's in a sorry state as when they stole her they broke the feet and the toes," O'Grady told the Australian Broadcasting Corp. 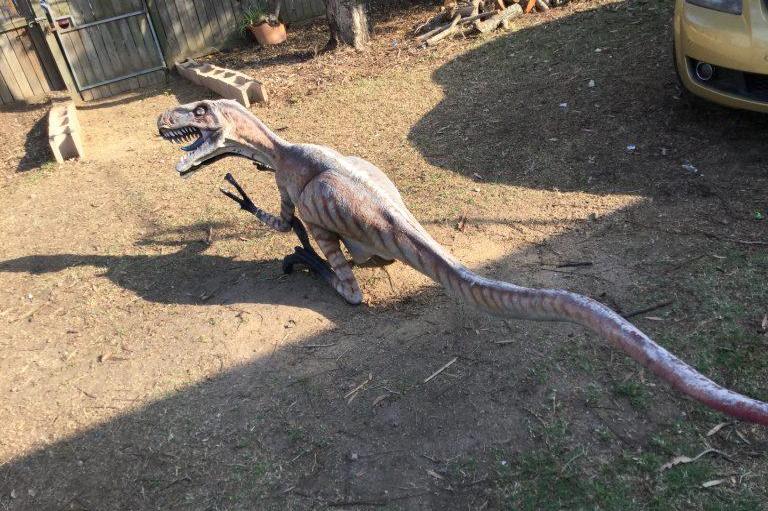