At one time, a 3-year-old pit bull’s life was confined to a fighting ring in Canada. But three years later, the young pup has been given a new lease on life, training to become an official K-9 officer for the Honaker Town Police Department in Virginia.

The dog, Dallas, along with 30 other pit bulls, were confiscated by officials with the Ontario Society for the Prevention of Cruelty to Animals (OSPCA) in 2015, according to The Washington Post. Court documents from the time said the pups were constrained by stakes in the ground and multiple dog fighting items, including steroids, were found on the property, the newspaper reported.

Though 21 of the dogs — including Dallas — were slated to be euthanized, 18 of them were eventually saved after Rob Scheinberg, co-founder of Dog Tales, a rescue group in Ontario, hired a lawyer to fight for the pups.

Following a lengthy legal battle, Dallas and some of the other dogs were taken by Pit Sisters, a Florida organization which helps breeds that have difficulty getting adopted — such as pit bulls — find homes.

After observing Dallas, Jen Deane, founder and president of Pit Sisters, soon realized he could find his next home with a police department.

“We knew that his combination of ball drive and his wanting of human praise was the perfect combination to be a police dog,” Deane told The Washington Post.

That’s when Deane decided to team up with the Pennsylvania-based Throw Away Dogs Project, which is now training Dallas to sniff out narcotics. Dog Tales agreed to cover the pup’s pricey training costs, which can exceed $10,000.

The dog is “an absolute sweetheart” and has “tons of energy,” Carol Skaziak, founder of the Throw Away Dogs Project, told Fox News on Tuesday. She said Dallas has been in training since the end of August, making him one of a few pit bulls in the country to go from a fighting ring to training as a police dog, according to The Washington Post.

Skaziak echoed Deane, describing Dallas as “ball crazy,” which is a plus for police dogs in training.

“Having a dog that’s so enthused by a ball is a positive for police dogs,” she said, noting Dallas’ “hyper” personality is also a plus.

Dallas is slated to move to Virginia on Sunday where he will complete his training with his future handler. Once an official K-9 “he will save many lives,” Bruce Myers, who is working with Dallas, told The Washington Post. “If he helps take one brick of heroin off the street, that can save 1,000 people. And he will be incredibly proficient by the time he leaves here."

“He has a great back story and he really needs this second chance. We are thrilled to be a part of it,” she added. 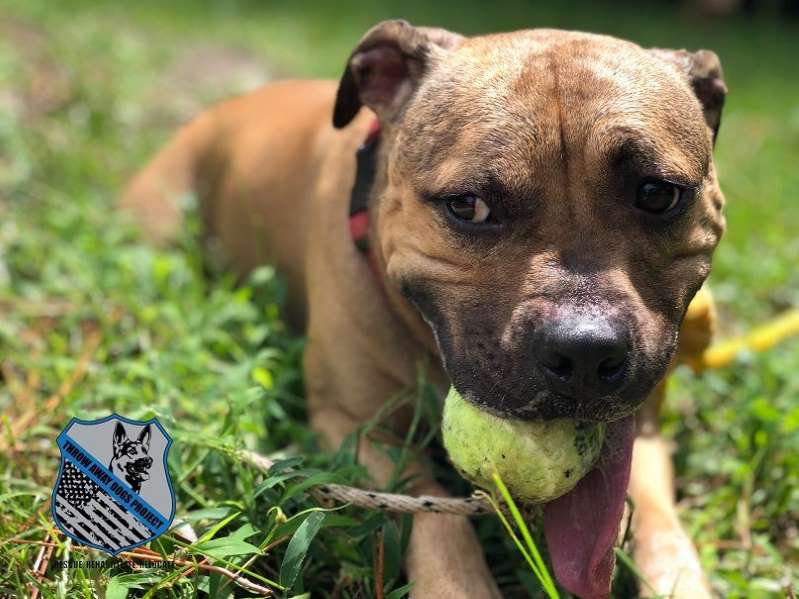