© Provided by CBS Interactive Inc. Inside Edition Staff A family of bears recently wandered onto the porch of an Asheville, N...

A family of bears recently wandered onto the porch of an Asheville, North Carolina, house, but they're no strangers.

That's because the four bears, always curious about their surroundings, are regulars to the property, according to homeowner Patrick Conley.

“Sometimes I’ll just look up and they're right there in front of me,” Conley said.

He added that the family of four bears stops by every day around lunchtime.

“At first I was a little apprehensive, not scared,” Conley added.

In another video, a bear is seen taking a nibble out of Conley’s slippers.

“I was curious myself to see how far it would go, and they didn't disappoint,” he said. “They're not gonna bite. They're not into attacking people.”

He added that he and the bears have an understanding.

“They’ve seen me around on the porch and the yard so often that they kind of know that I’m not going after them," Conley said. "They give me a break, I give them a break." 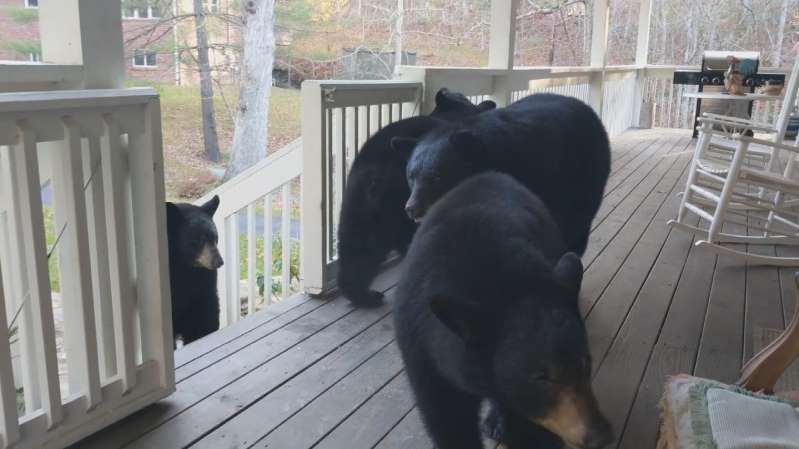