By Ben Hooper, UPI A California woman who heard a meow while driving said a tiny kitten was rescued from deep inside the wheel well o... 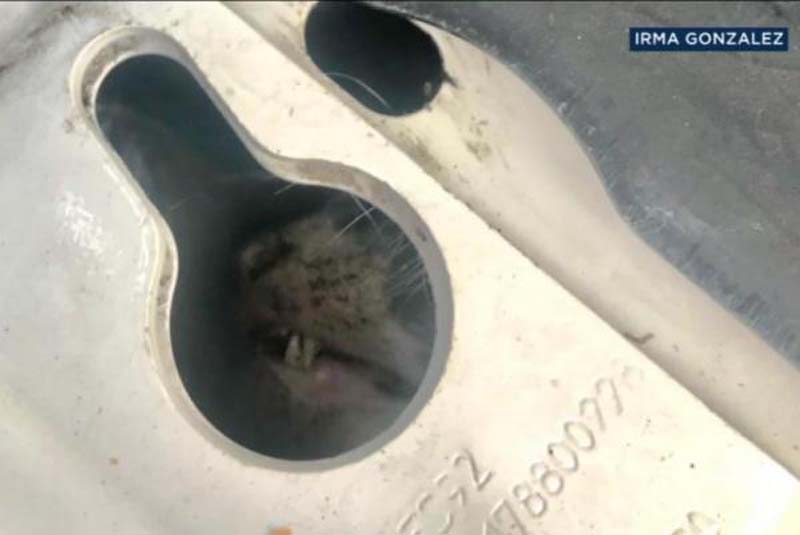 A California woman who heard a meow while driving said a tiny kitten was rescued from deep inside the wheel well of her car.

Cindy Juarez said she was driving to work in East Los Angeles when she heard the kitten crying for help from somewhere outside her car.

"I was turning on the street, and I heard a meow," she told KABC-TV. "I thought, 'Oh my god, please don't tell me there's a cat under my car."

Juarez and coworker Irma Gonzalez inspected the vehicle and caught a glimpse of fur deep in the vehicle's passenger side wheel well.

A Mercedes-Benz dealership offered to dismantle the car to reach the kitten, but the price was prohibitive, the women said.

The women enlisted the help of friend Carlos Escobar, who was able to partially dismantle the vehicle and reach the kitten, which Juarez dubbed Milagros, Spanish for "miracle."

Firefighters in New Smyrna Beach, Fla., rescued a similarly curious kitten that ended up in a dangerous situation last month. The fire department shared photos of the kitten being rescued from its predicament -- getting its head stuck in a family's generator.