Identical Twins Give Birth on the Same Day in Same Hospital

© Provided by CBS Interactive Inc. Inside Edition Staff Identical twin sisters have given birth to baby boys in the same hosp...

Identical twin sisters have given birth to baby boys in the same hospital on the same day!

The moment they found out they were both pregnant was even more special because sisters Jalynne Crawford and Janelle Leopoldo, 30, had both struggled with infertility.

Crawford found out she was pregnant first and days later, Leopoldo revealed to her sister that she was too.

"I got chills," Crawford said. "I immediately started to tear up."

From then on, Leopaldo would fly out from California, where she lived, to Arizona to attend doctor’s appointments together with her sister. When she was six weeks from her due date, she moved to Arizona.

“It was just really special to have each other there because we are each other’s support system — we're attached to the hip,” Leopoldo said.

They both delivered their baby boys on June 18, Crawford in the morning and Leopoldo a few hours later. They were even given recovery rooms next to each other.

Now, the twins’ incredible bond is being passed down to their sons, Bryce and Jayce. 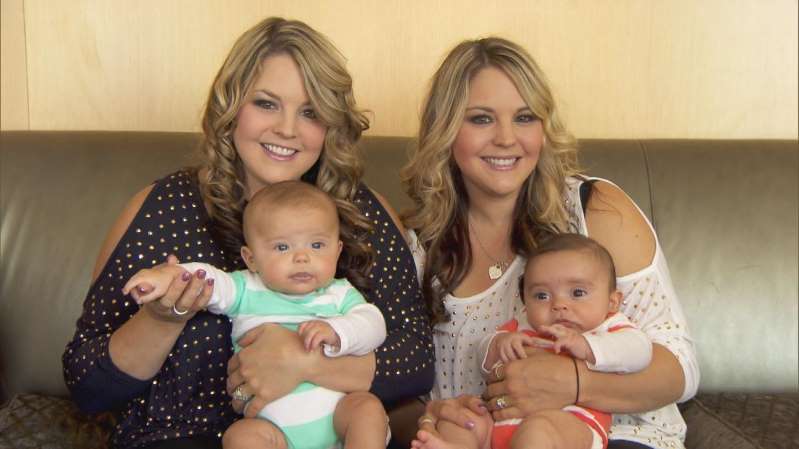