© Provided by CBS Interactive Inc. By JOHANNA LI, Inside Edition An Idaho man has “family traditions” to thank for making hi...

An Idaho man has “family traditions” to thank for making him $200,000 richer.

“This is life-changing,” he said, as he discovered his big win.

Elmer explained he has been visiting the fair with his grandparents since he was a kid. They often visited the Idaho Lottery event trailer and purchased a ticket and once Elmer became old enough to play, he made it a point to follow in their footsteps.

This year, he attended the fair with his wife Shanelle and their 10 kids.

"He was eager to get to the lottery booth to play, but I made him go see the giant horse and the giant pig, first," Shanelle joked.

Elmer added: “I couldn’t wait. Playing the lottery at the fair is a family tradition — it’s what we always do.”

That Tuesday, Elmer had purchased some tickets for himself and his dad. Using the winnings from those tickets, he went back to the booth and purchased his winning ticket.

“This win is coming at a perfect time for us,” Shanelle said.

The family said they plan to use the winnings to upgrade their home. 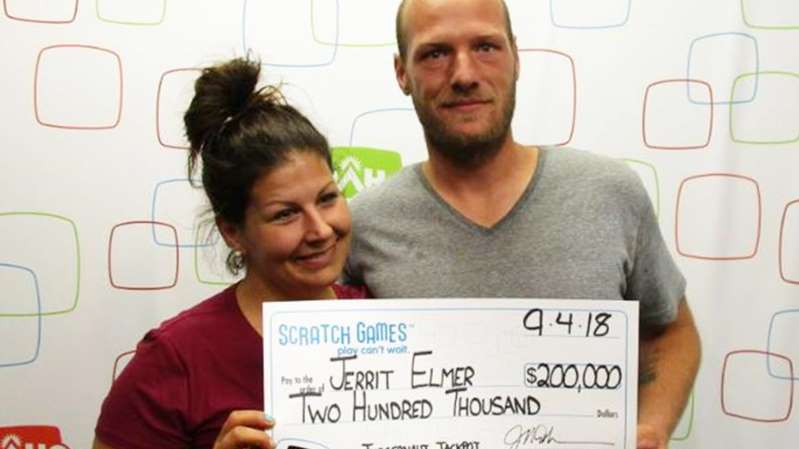