1 day ago
Stunning revelations from "Fear: Trump in the White House" have been emerging for days before journalist Bob Woodward's book was released Tuesday. It's the latest in a string of books and memoirs to come out about Trump and life inside the White House as journalists, pundits, and political operatives remain transfixed on the effects his presidency is having on American life. Here are all of the books that have been written about the Trump White House so far.
15 books that have been written about the Trump White House
WASHINGTON, DC - SEPTEMBER 04: Supreme Court nominee Judge Brett Kavanaugh is sworn in before the Senate Judiciary Committee during his Supreme Court confirmation hearing in the Hart Senate Office Building on Capitol Hill September 4, 2018 in Washington, DC. Kavanaugh was nominated by President Donald Trump to fill the vacancy on the court left by retiring Associate Justice Anthony Kennedy. (Photo by Mark Wilson/Getty Images)
GOP senators urge delay on Kavanaugh vote until accuser is heard

Charles Kuralt, the founding anchor of "Sunday Morning," traveled America for years in his "On The Road" RV, reporting the stories everyone else missed. These days he has a worthy successor – our Steve Hartman:

For most of us, being a good neighbor means loaning a stick of butter, maybe the occasional social visit.

But Kathy Felt, of Sandy, Utah, says whatever your standard, it pales compared to what her neighbors did for her.

Her reaction? "I cried, just like now.  I was so moved.  This is my miracle."

Kathy's miracle began about 10 years ago. Her multiple sclerosis had progressed to the point where she couldn't even get into bed. And since she lived alone, the only logical, long-term solution seemed to be a nursing home.

Until, one day, the guy next door came over and presented Kathy with a list of about 60 men from the neighborhood who were willing to come over, in teams of two, to put Kathy to bed.

A cross-section of Kathy's aides described the process:

"You've got to have a pillow under this foot; it's got to be over that way."

"Things need to be just so."

"Pull the covers up and she's tucked in for the night."

"We leave the kiss out."

This has been going on seven days a week for 10 years.

"We're going to be here as long as she needs us," said Keith Pugmire, the main organizer. "Our challenge is to get everybody a time."

"What kind of neighborhood is this?"

"This is a great neighborhood! There's some houses for sale if you want to move in!" he laughed.

Before you call a realtor, though, one caveat: When Keith first started soliciting volunteers, he says not everyone was a natural Florence Nightingale.

"I can't say that I was excited, I'll tell you that," said one volunteer.

"Coming into someone's home, it's a woman!" said another

"I have no healthcare background at all, and I'm here to lift you up and put you into bed?"

There was definitely an evolution, and it was most evident in John Keller, who did not want to do this. He told Hartman the only reason he agreed to help Kathy was because he knew he would look bad if he didn't.

"That's hard for me to say," Keller said, getting emotional. "I had always considered myself as a good person, Christian. Then I realized maybe I'm not. I just wanted to change.  I wanted to be a better person."

Today, John says the simple act of lifting Kathy, week after week, has made him a profoundly better person … a  good reminder that burdens are sometimes blessings in disguise. 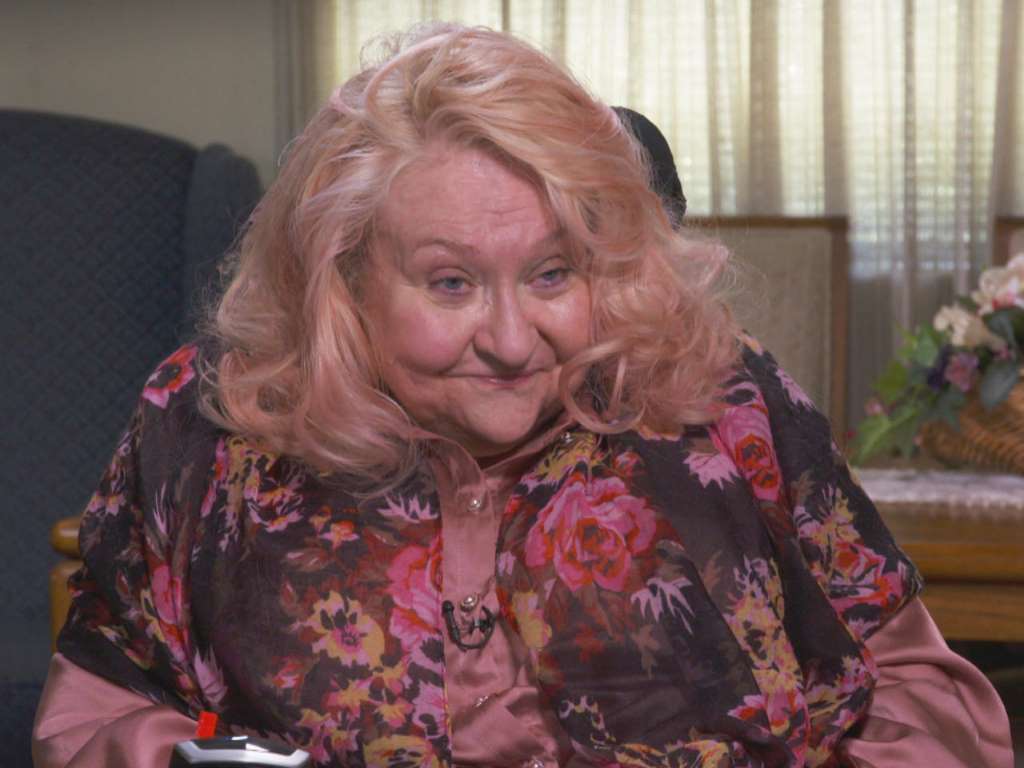