A polar bear -- not this one -- was caught on video having a wrestling match with a homeowner's dog in Alaska. File Photo by Bill...

An electrical worker on Alaska captured video of a resident's dog tussling with a polar bear -- and coming out on top.

Christopher Miller said he had just arrived in Kaktovik for a job when a homeowner asked if he wanted to see a polar bear.

Miller followed the man to his house, where the resident's dog was wrestling with a polar bear.

The video shows the dog chasing and nipping at the bear, which appears to try to bite the dog at one point, but does not successfully injure the canine.

Miller said the homeowner fired some warning shots into the air, but it was the dog that successfully chased the polar bear away from the property.

He said he suspects the bear and dog were only playing, as neither animal was injured in the encounter.

"I suspect the bear probably knows that dog, and they were looking to play, because let's be honest, if a bear really wants to do something, they're going to do it," Miller told KTUU-TV.

Residents of Kaktovik said recent years have brought an increase in polar bear sightings, as well as a flood of tourists seeking a glimpse of the world's largest land carnivores. More than 2,000 tourists visited the small town of about 200 people last year, up from only about 50 visitors a year prior to 2011, local researchers said. 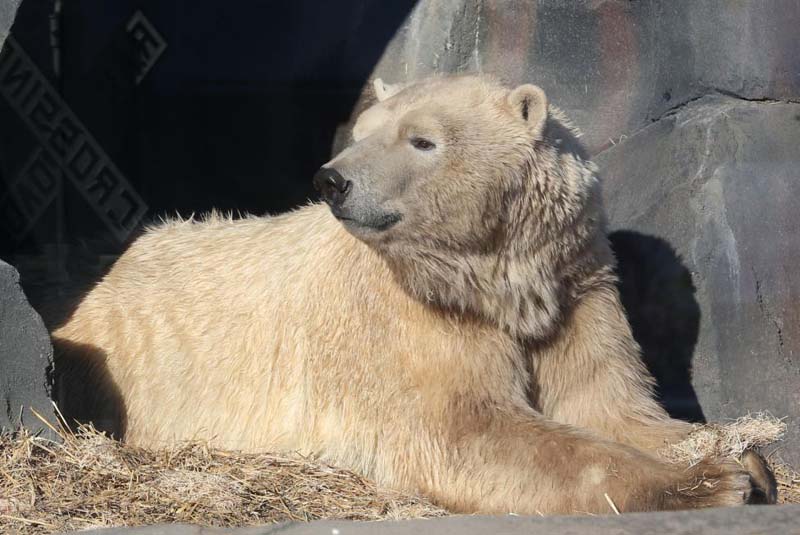