By Humankind, USA TODAY Li Ying spent her childhood thinking she looked scary. She was refused entrance into the local school in Chi... 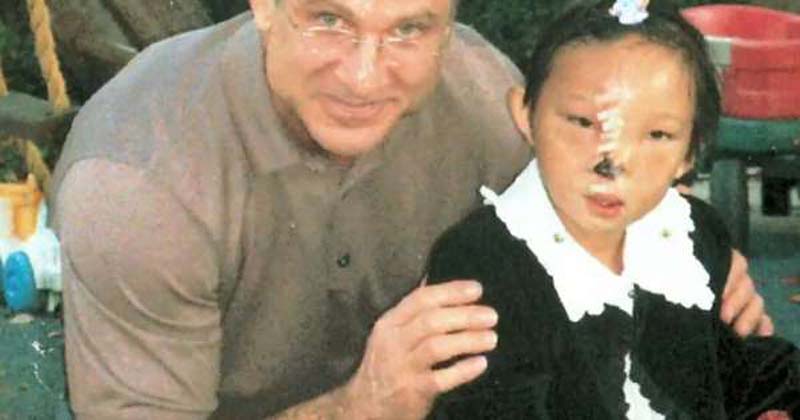 She was refused entrance into the local school in China based on her looks. They were afraid that the young girl would scare the other children.

Li Ying was born in a small Chinese village with a severe medical condition. She had a very rare and complicated craniofacial cleft that went through her lip, nose, eye socket and into her brain cavity.

American Craniofacial surgeon Dr. Craig Hobar said the condition was incredibly severe and one of the most complex he had seen.

That’s when he decided to help. His non-profit, LEAP Global Missions, brought 6-year-old Li Ying and her mother to Dallas for the first of a series of life-changing surgeries.

Over more than a decade, Dr. Hobar has transformed Li Ying’s face, giving her the ability to breathe normally, develop normal speech, and smile.

"Each trip, so many people have helped me out and not only me, but my mom, and we have really been blessed by all the people that have made a difference," Li Ying said through tears.

Li Ying spent a year in Austin, Texas, with Dr. Hobar and his wife while she completed her orthodontic treatment and have her final surgery.

“She became fluent in English and returned to China where she is attending university in Beijing as a marketing major,” Dr. Hobar told Humankind.

“Several families from Dallas and Austin are supporting her education,” said Dr. Hobar. “She is knocking it out of the park in her second year.”

Li Ying is now a vivacious teenager living in Austin with Dr. Hobar and his wife while she completes her orthodontic therapy.