Deputies rescue bear cub with globe stuck on its head

Great way to start the day...a rescue! This bear cub found itself in need of assistance when it got it's head caught in a thick...

A Wisconsin sheriff's office shared a photo from the rescue of a bear cub found with its head stuck inside a globe.

The Polk County Sheriff's Office said Officer Tamara Larson and Sgt. Brent Waak were assisted by members of the public Sunday when they responded to the report of a bear cub in distress.

A photo posted to Facebook by the department shows the bear cub being held down while the rescuers attempt to remove an object, described as "a thick plastic globe," from the animal's head.

Deputies worked to keep the "stressed out" mother bear away from the cub during the rescue.

"Ultimately, the cub was free to go get in more mischief somewhere else!" the post said. 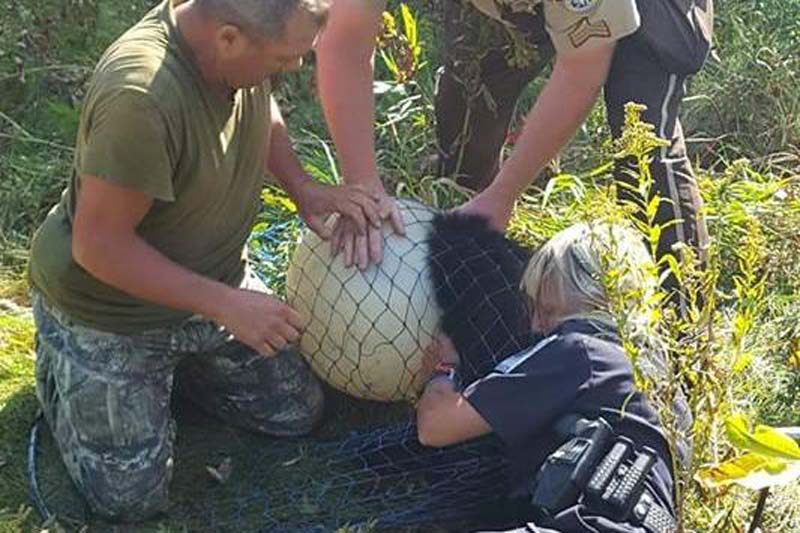