© Provided by Fox News Network LLC A deer was spotted cozying up with a firefighter in British Columbia, Canada, last week. By...

A friendly yet "lonely" deer wandering around a lake in Canada became a viral star after a photo online showed the animal snuggling up to a firefighter.

Jan Giesbrecht was near Burns Lake in British Columbia on Wednesday, transporting firefighters to and from a fire camp in the area, when she spotted the peculiar encounter.

Giesbrecht told Canada's Global News outlet that the deer was on the Francois Lake Ferry, seemingly looking for friends among the humans.

"He wanders around visiting people," she said, adding that the deer often was spotted in the area. "He seems lonely and wants attention."

Another photo showed the deer sneaking a peek inside Giesbrecht's bus after the animal saw firefighters climbing aboard, and even later followed the bus as Giesbrecht drove around.

A witness told the CBC that the deer, named "Elliot" by his family, "is like a dog -- it comes up to you and I can pay it on the back, it licks my hand."

"It's just the friendliest deer going," Grand Borden said. "For him to be so friendly, it's kind of bizarre and a little unnerving at first."

Borden said the deer was bottle-fed growing up. Therefore, "he does know humans."

The wildfires have sparked the most destructive fire season on record for the province. Fortunately for the deer, a public safety official told the news outlet that the animal isn't in danger. 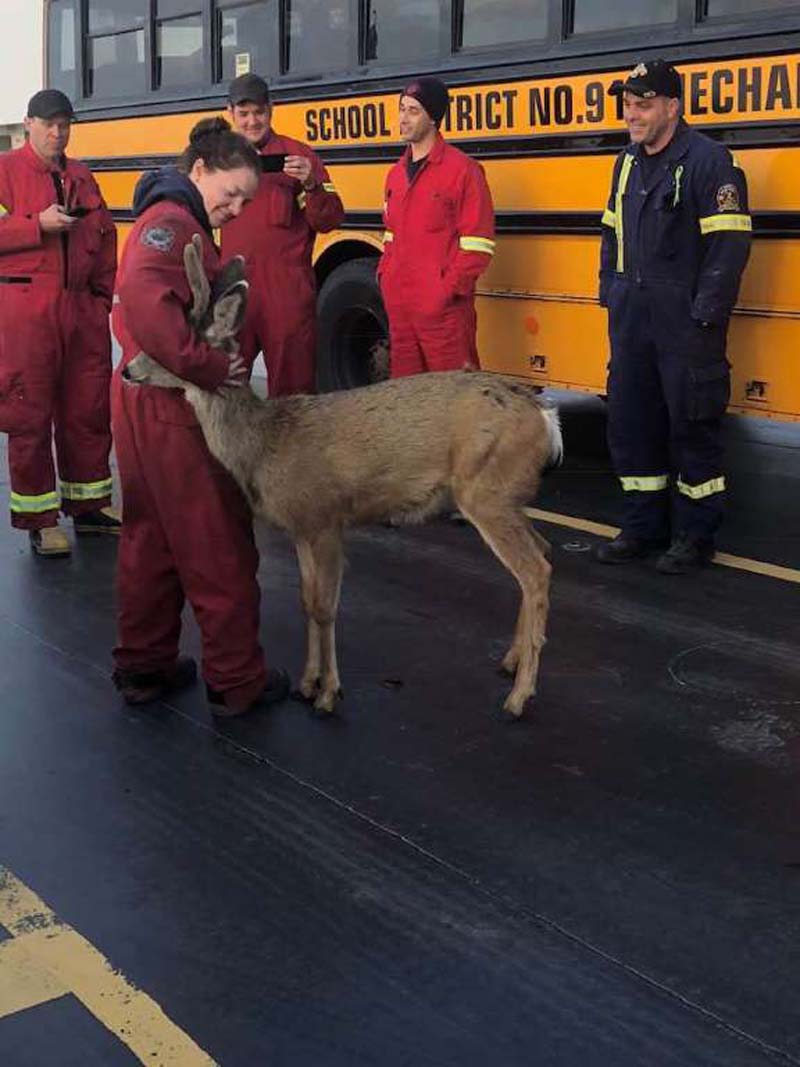