© Provided by CBS Interactive Inc. Inside Edition This California man keeps his patients smiling every day by busting a move....

This California man keeps his patients smiling every day by busting a move.

Tony Adkins works at the Children’s Hospital of Orange County, where he's a pediatric neurosurgery physician's assistant and expert dancer.

He first broke out his moves in an attempt to cheer up one of his patients post-op. Now, he's said it's a key part of the recovery process.

“Nurses have told me that when patients get admitted to the unit, they will ask for me specifically," Adkins told Caters News Agency.

His slick skills have earned him the nickname "Dancing Doc."

“There’s nothing better than seeing a smile on my patient’s faces or to hear them laugh — it’s self-care for me too," Adkins added. "Nothing is more important than the health of a child, and I am so lucky to play an integral role in that." 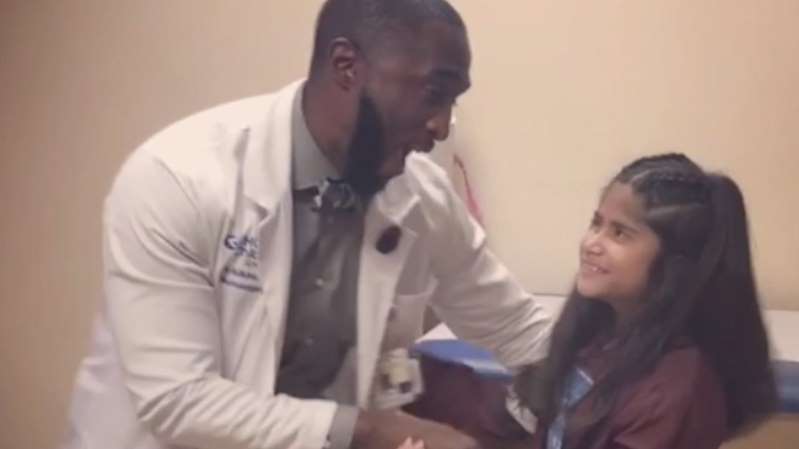